120 HOURS – the world’s leading architecture competition for and by students, just announced the dates for its 9th annual competition. The competition will be held from April 1st to 6th. Do you have what it takes to convince the jury in only 5 days?

120 HOURS distinguishes itself by giving participants just 5 days, i.e. 120 hours, from the announcement of the brief to its deadline. The concept started in 2010  as a student initiative at the Oslo School of Architecture and Design and has since grown to become the one of the most important platforms for architecture students across the globe.

By addressing topical discussions in both public and architecture debate, the competition aims to be a contributor of new thoughts and discussions within both social and cultural discourse.

The assignment this year still remains a secret and will not be released until the start of the competition, April 1st. But it has been announced that this year the winning proposal will be further developed in cooperation with Snøhetta.

All student proposals will be exhibited in Oslo and judged by a jury consisting of some of the most renowned architects and scholars within the field of the assignment. Further details will not be revealed until the launch date.

The competition is free to enter for all students, even outside of the architecture field. Are you up for it? 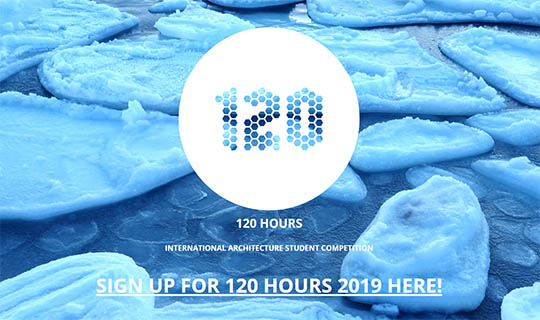