Ideasforward wants to give young creative people from around the world the opportunity to express their views on the future of societies through their innovative and visionary proposals. We are an experimental platform seeking progressive ideas that reflect on emerging themes. The eco design, sustainable architecture, new materials, concepts and technologies are compelling issues in the societies of the future and the involvement of the whole community is imperative. In an era of globalization where communication was dominated by the technological revolution, there is the need to rethink the cities and how Man relates in a global World as well as rethink the economic, social and cultural patterns of contemporary societies.
The young creatives and thinkers are a precious commodity that we value a lot and so we want to give them voice, because we believe in their value and their ideas and because together we can change the world.

AIM OF THE COMPETITION – 24H
A space where the time limit is used to stimulate your creativity.
This competition proposes give responses in 24H to the social problems, climate changes, humanitarian causes and sociologic problems of the contemporary societies.

Commitment, perseverance, inspiration and hard work are the necessary bases to develop a proposal that meets the premises that will be released regularly in the brief of the competition. We challenge you to prove your talent in 24 hours!
There are a period of registration on the competition, when it end, started the 24H competition! You have 24H to develop a proposal that responds to the program contained on a brief that you only know on the same day that start competition.

Shakespeare was a poet, playwright and English actor, recognized as the greatest writer for theater in the world.
He was born and died on the same day, April 23, and had an incomplete school education, having been taken out of school at a young age, due to weak economic conditions of their parents.
He arrived in London poor and friendless, until be greeted by a theater company that took him. He took care of the horses of the spectators, helped the stage and acted.
By the end of the XX century they were produced over 400 films based on the works of Shakespeare, and the satellites of the planet Uranus were baptized with names of characters of his plays: Miranda, Cordelia, Ophelia, Desdemona, Titania and Rosalinda.
Shakespeare would become personage of its own life, acting on a stage of the world size, speaking a thousand languages and immortalizing respect for art that charged. In Epitaph, was left written and confessed:
“Good friend, for Jesus, abstains you to desecrate the body buried here. Blessed be the man that respects these stones, and cursed what to remove my bones. “

CONDITIONS FOR PARTICIPATING
Participation can be individual or as a group. Participants must be over 18 years old. In the case of groups, the leader must be over 18 years old. By participating in an ideasforward contest the participant accepts all the terms and conditions published on our website that define the rules for use of the company website, as well as the rules of participation therein. 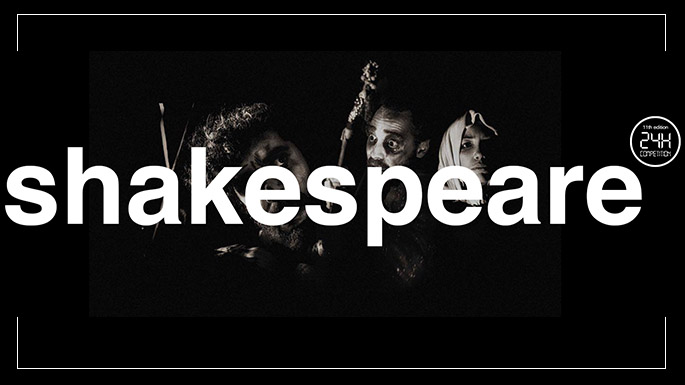