The next competition will be generously supported by and exhibited at the Stage, Set, Scenery conference and exhibition organised by the DTHG (German OISTAT Centre) in Berlin from 9–11 June 2015. Selected entries will be exhibited and cash prizes awarded.Competition Theme for TAC 2015The theme for the competition will be the design of a floating theatre to be moored at a particular location on the river Spree in Berlin, Germany, but capable of being moved to other sites on the river.The floating theatre will provide a performance space for an audience of 200-300 people and backstage accommodation for a cast of no more than 20 performers. Facilities for the audience, such as foyer space, toilets and refreshment areas will be located on the land and will be temporary and easily moved to another location, when required.There is increasing interest amongst theatre practitioners in the use of temporary site specific locations to present particular productions. These settings can often provide a unique atmosphere, which resonates with a particular production or style of presentation, in a way which may not be possible in a conventional theatre.These are the themes to be explored in this competition.The Brief / OverviewCompetitors are asked to design a theatre for a particular performance, which will be defined by the competitor. This may be a conventional performance or something more experimental. We wish to encourage a deeper understanding of the relationship between the performance itself and the space which it inhabits. Collaborations between architects and other theatre practitioners such as directors, designers, technicians, actors, dancers, musicians, or students in those fields, will be welcomed.The SiteThe site for the competition is on the northeast bank of the river Spree in Berlin in an area known as the ʻHolzmarktʼ or ʻwood marketʼ.This part of the river Spree was the boundary between East and West Berlin during the years of the Berlin Wall and as a result became an undeveloped ʻno manʼs landʼ. Since the wall was demolished after unification in 1989 the area has developed slowly with a number of large new corporate buildings further to the east. In recent years the ʻHolzmarktʼ site, which sits between the river and a railway line, has been occupied by a co-operative who have erected a number of low cost temporary buildings and structures and use the site as a place for young Berliners to enjoy the river, to eat and drink and to hold cultural events and parties. The co-operative have recently won a bid for the development of the site with the support of a Swiss sustainable pension fund. On the opposite bank of the river is the ʻEisfabrikʼ a derelict 19thC ice-making factory and a squattersʼ camp site.

This is an ideas competition and there is no intention to build the winning entry but prize winners will have the opportunity to visit and participate in the Stage, Set, Scenery conference and exhibition in Berlin.

The first prize will be €5,000, the second prize will be €2,500 and the third prize will be €1,000. There will be three additional prizes of €500 each. In addition to these prizes, there will be honourable mentions. The jury reserves the right to modify the distribution of prize money, within the same total amount and number of prizes.

The results of the competition will be announced on the OISTAT website on 1 May 2015. Prizes will be presented at the Stage, Set, Scenery conference in Berlin in June 2015 and paid electronically to those unable to attend, after the prize-giving. 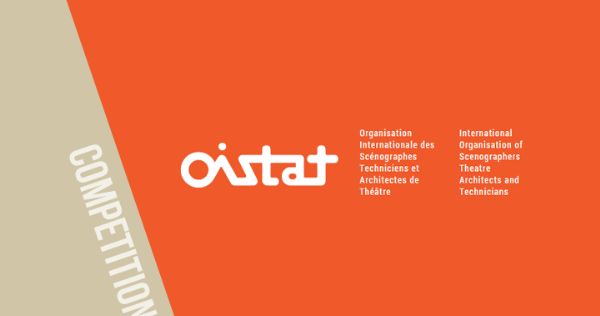