Indeed, Dostoevsky was right, in Notes from the Underground: we human beings, after we build the Crystal Palace, we demolish it.

Less than 50 years after being built, the famous Larkin Building by F. L. Wright was demolished, in order to create “space” for an unavoidable parking lot.

Voila… Homo Sapiens at almost his best… although, of course, there are even more blatant proofs of the undeniable wisdom of the human race.

This year, we are celebrating 150 years since F. L. Wright’s birthday, on June 8th.

We could celebrate him in many ways, of course, but perhaps an interesting way would be to launch an international competition to build a new “Larkin” office building, on the very site that once housed this iconic building.

It will be, sure, a redeeming action, an act of redemption. Perhaps a necessary one.

Yes, we do not have the chance F. L. Wright had, to have a client who at the time was the world leading manufacturer of “Soap and Toilet Preparations.” In fact, we don’t have any client, except our desire to attempt to redeem a great loss and to celebrate, simultaneously, a great architect.

But we ask you more than just to design a great new office building: we also ask you to reflect on the nature of work, in late Capitalism. Maybe inspired by some of the words of wisdom (this time real) inscribed on the walls of the former Larkin Building, we could reflect on the relationship between work and play, and between both and creativity, at the beginning of the Third Millennium.

So please imagine a new kind of “office” building, perhaps even for a new kind of work, that is possible and desirable, now. Perhaps an office building for Homo Ludens.

If the Larkin Building envisioned not only a great building, but also, in a certain way, a new working ethos, maybe we should try the same, 100 years later.

Maybe a “Lurking” Building, if we are to play with the word…?!

Lurking, maybe, for some kind of “new vision” for humanity…?!

Lurking beneath the glitter of “The Society of Spectacle”…?!

Lurking, for now, in order to subvert and disrupt…?!

It would not be enough to just imagine another glorious structure celebrating the same old gods of money and profit.

Maybe we could envision something else, a place where between Work and Play there would be some kind of peace and where the purpose would not be Money, Money, Money, but giving some meaning, if possible, to human life.

The deadline to submit your work is June 8th, 2017, when there will be exactly 150 years since F. L. Wright was born. In order to receive more details and an AutoCAD plan of the site, you need to register by May 1st. There will be a registration fee of 40 euro for architects and 20 euro for the students. The registration will take place automatically using the registration form on our website. There will be an international jury, whose members will be announced at a later date. If you have any questions, please contact us. 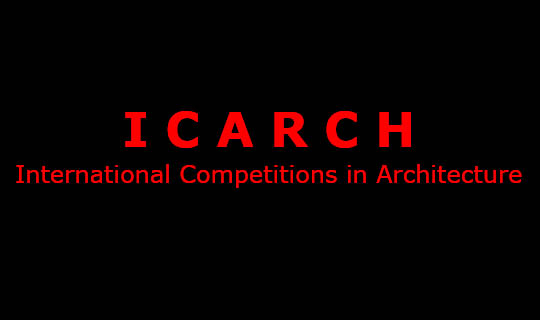