The Farka Lake (Liqeni i Farkës) is an artificial lake in the southeast part of Tirana, 9.6 km away from the city center. With a dimension of 75 hectares (more significant than the Artificial Lake of Tirana), Liqeni I Farkës is one of the leading environmental systems of the capital of Albania.  Despite its importance, either from an ecological, social, or spatial point view, today the future of this basin is still uncertain. Outside political pressures, uncontrolled sprawl of the urban fabric, and the anxiety of collecting ‘free space’ in an area that is continuously increasing its land value are just some of the factors that are menacing its equilibrium.

Watching the Lake from above it is easy to spot the hectic development situation of the Tirana. Luxury residences – imagined as gated communities for wealthy people – are fastly growing seamlessly with rural settlements and low-rise informal patterns.

The competition aims to gather speculative design proposals that could propose new visions, and synergic acts, to defend the future of this by now non-normative (as sometimes its perceived) actor of Tirana’s urban-scape.

Following the tradition of artists and architects of the last decades, the challenge is to design a hybrid system able to explore new ways of living the lake and, at the same time, to save it from the uncontrollable growth that it is facing today due to economic reasons. Architecture, design, and art should act as ‘guardians of the lake’ through empowering its feature of urban – and ecological – catalyst in the contemporary fragile equilibrium of the capital of Albania.

Participants are engaged to imagine a new Pier in the Liqeni i Farkës. The pier must necessarily deal with the edge of the water, mediate between the shore and the settlements, and attenuate the state of liminality within ‘land and water’. The structure must relate to the history of the park, the existing physical features and views, and offer the visitors a new and unexpected way to explore the basin. The pier must contribute to the sustainability and longevity of the park as one of the citizens’ most important ecological actor in Tirana. The projects must serve both as touristic spots for foreigners visiting the city; remain active as self-sufficient structures for the citizenship during the whole year, and offer an opportunity to reconnect and create a network with the consolidated urban fabric and the outside area of Farka. 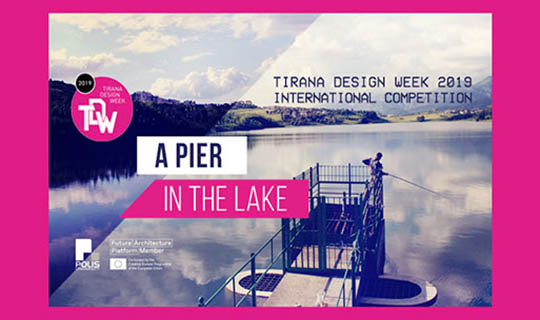