Themed by “Lotus in Four Seasons, Wisdom in Hordes”, adhering to the core idea of “Community-wide Tourism+Ecology”, this year’s design competition aims to inspire players to observe and think about life, production and ecology at 12 sites selected in range of about 12km around the Quannong Street to construct an expressive language unique to the Lotus Mountain with public art installations as a carrier. “Lotus in Four Seasons, Wisdom in Hordes” has an implied meaning that the “perpetual” tolerance of the Lotus Mountain, i.e., growth in spring, leisure in summer, harvest in autumn and health preservation in winter, presented in the atmosphere of community-wide ecological recreation.

The Changchun Lotus Mountain Ecotourism Resort is located in eastern Changchun City, Jilin Province, adjoining Jilin City in the east across the Shitoukoumen Reservoir-Yinma River. In the 362-km2 region exist distinctive ice, snow, spring and forest resources. The Resort boasts a unique ecological base composed of mountains, woods and waters, including a forest that covers an area of 120km2, a water space hat covers an area of 30km2 and a wetland region that covers an area of 20km2. The first-grade air quality, distinct change of the four seasons and pleasant natural environment provide favorable living and multiplying conditions for animals and plants. Here, people live in harmony with nature, enjoying grace from nature.

The Changchun Lotus Mountain Ecotourism Resort is situated beside waters at the foot of mountains, where low hills and alluvial plains have formed a landform comparable with European and American rural scenery. After years of protection, the region has restored its pure ecological landscape, which features verdant wooded mountains, vast land, forest roads and blue water. The temperate continental monsoon climate contributes to the distinctive seasonal characteristics of the Lotus Mountain, namely different looks of landscape in the four distinct seasons here: “in a year are four seasons, which come alternately with different views”, such as flowers in spring, heat stroke prevention in summer, leaves in autumn and snow in winter. More than 350 days see fresh air throughout the year, making the region an ideal summer resort and paradise of ice and snow. The hot spring zone in the Big Black Mountain of Changbai Mountains extends here, bringing very abundant hot spring resources. Ethnic groups such as the Han, Manchu and Korean people inhabit this region, bringing into being lots of ethnic cultures and northeast folk customs on the Lotus Mountain.

The Quannong Mountain and Quannong Street achieved rapid agricultural development after Emperor Kangxi asked the locals to “do farm work steadfastly and open up wasteland to garrison the frontiers”. 300 years later, the human society has shifted from agriculture to the service industry. For a long time, northeast China has, however, had difficulties in developing due to burden from the old industries. Nowadays, with the fast development of cultural tourism and as northeast China looks forward to “coming round”, we hope to reshape the local environment based on the perfect geographic location of the Lotus Mountain, well-established basic facilities, abundant natural resources, colorful cultural legends and grand strategic planning in the competition. The players are encouraged to create artistic installations using environment-friendly or reusable materials and reshape aesthetic standards on the basis of respecting the environment so as to infuse permanent vitality into the earth. For the Lotus Mountain, its “perpetual” tolerance is presented in the atmosphere of community-wide ecological recreation; for public art, it is given new challenges, new creative elements and a new way to combine with cultural tourism; for the players, there is another opportunity to show their talents.

The first, second and third prizes will be decided on among the finalists, as follows:

(12 sites are selected for the competition, and 1 finalist will be decided on for each site; if there is no entry for some site, the award can be presented to a second finalist at another site.) 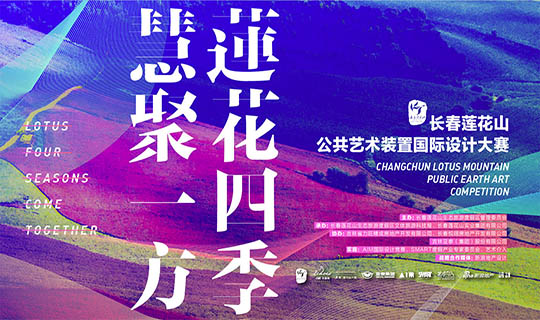