There are times when we stumble upon an abandoned object which inflicts a profound sense of nostalgia. The mere part of their abandonment, like a lonely of a drift, draws our attention. Merely because each object has a story to tell and gives us a glimpse of a life once lived. There is perhaps a greater sense of emotional value attached to the objects of abandonment and there is a growing impulse to reclassify these forgotten objects as a place that is valuable to the individual.

It is perhaps the strangeness of these forgotten metal objects or their mere mundane identity that animates our imagination and triggers an instinct to preserve them. The competition is not about the beauty of the modern building that attracts but rather based on the power and magic created by inspiring

The Object can be of any form except buildings and be located anywhere in this world. It can be placed right in the centre of the city, inspiring wonder and awe or can be tucked away in a forgotten corner of the earth hiding in plain sight or the participants can choose to place the object on the abandoned site it was found on to create incurable nostalgia.

Left in place, the structures of abandonment are strangely reassuring, haunting our memories and reminding us of a bygone era. They force us to confront not merely the loss of their original function but also evoke a wide range of ideas for their possible future use.

Some of us in this competition might want to restore these objects while others might attempt to redesign. It completely depends on the discretion of the participants to use these objects in whatever manner they want. We can combine them with other objects, dismantle them or rip them apart. The only constraint is to not lose the identity of the real object.

The competition focuses on identifying metal objects that have long been forgotten, are in a state of abandonment or ruins and re purpose these objects into to a functional typology of a residence. Repurposing these objects into a shelter speaks to infinite possibilities of adaptive reuse of metal artifacts like trains, life guard stations, planes, ships, sea forts, cranes, satellite dishes, nuclear reactors, bridges, cars etc. The idea is to re-purpose these metal objects into a functional space that would otherwise be destined to the nearest landfill. The participants are to design a residence by using these abandoned objects whose former function has now become obsolete.

Participants are to start thinking out of the box and remodel the typology of almost all of our everyday spaces. There shall be no restriction of combining different objects. Dismantle them, cut through them, break them, resize them but do not lose the real identity of the object and by this, carve out spaces which can come together as a unique House.

The Façade of the Building is subjected to be a piece of art, an abstract of all the unique objects coming together as one building. The architecture should bring in the richness of its context, creating a dialogue with the ethos of its surroundings

There shall be no limitation on site selection like area, geography, topography, etc. Selecting the site is on the sole discretion of the participants. The Building can be placed on any Spot in this earth. The designer is required to set up an ideal background for its building, creating a sense of wonder and awe.

Some of us in this competition might want to keep the original area where the object was initially located, while some of might want to set up the building on the tip of a mountain, whereas some would want to submerge it into the sea. It is permissible to place the thus designed home anywhere in the world as long as the designer can come up with a storyline/ explanation justifying the site selection.

The competition is open to all (Students and Professionals); Architects, Designers, Visualizers and all prospective candidates, irrespective of their professions or qualifications, to join the competition and present their ideas. Participants are free to submit multiple entries but each entry needs to be registered with a separate email ID and separate entry code will be allotted to each entry.

Alongside individual entries, team entries are also allowed. You can Participate individually or as a team. A team can have a maximum of three participants. Interdisciplinary teams are also welcome to join. There is no age limit, however, entrants under 18 years of age must be lead or entered by someone over the age of 18. 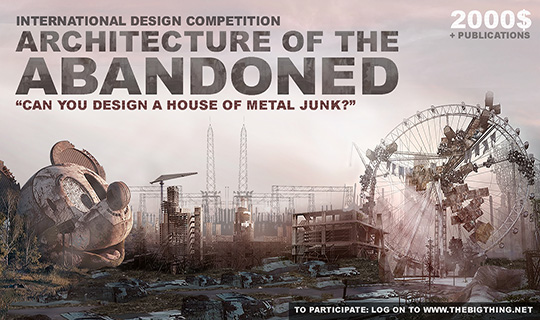 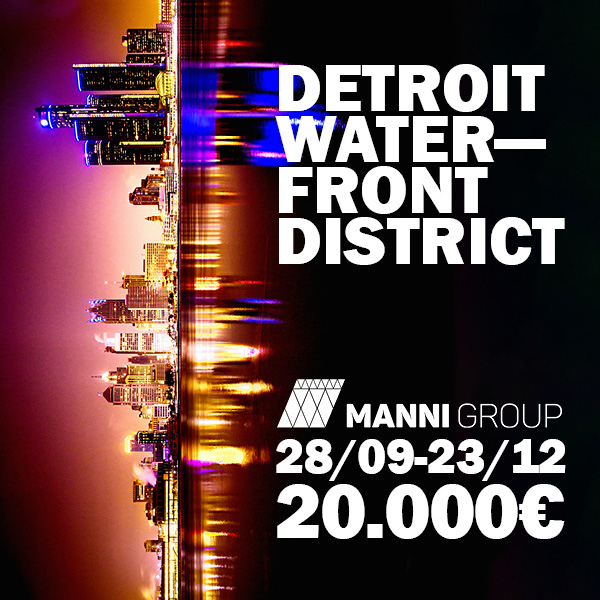