An urban public space entreats the citizens of a diverse population to participate in public life on common ground. It is a place of social interaction, recreation, cultural activities, political activities, and many other public events. It enhances the quality of urban life.

As the world’s population continues to grow and urban density increases, countless cities around the world are facing the situation that public space is dropping in proportion to private space, and it is almost impossible to add conventional public spaces like large public parks or squares, as the space left in the public domain becomes more and more limited.The competition asks an open–ended question of how we could use architecture as a device to perform a surgical operation on the already dense city fabric in order to provide a new model of public space. To add to the quality of people’s urban life, what, where and how can we insert a place into the city? What kind of a place would it be? What is currently missing? What is not enough? Where would we place this intervention when available cityspace seems scarce? How could we redefine our positive relationship with density?The competition invites the participant to strategically select a real site in a dense city, and propose a program and an architectural design that demonstrates a new model of public space, and address the city–scale urban density condition with the architectural–scale intervention.

TIMELINE
April 2, 2015 Deadline for submission. Note: The submission shall arrive at the submission address no later than 5pm of the deadline date.
April 21, 2015 Announcement of awarded entries
April 28 – May 3, 2015 The winning projects and selected entries will be exhibited at Architect ‘15, Challenger Hall, IMPACT Exhibition and Convention Center 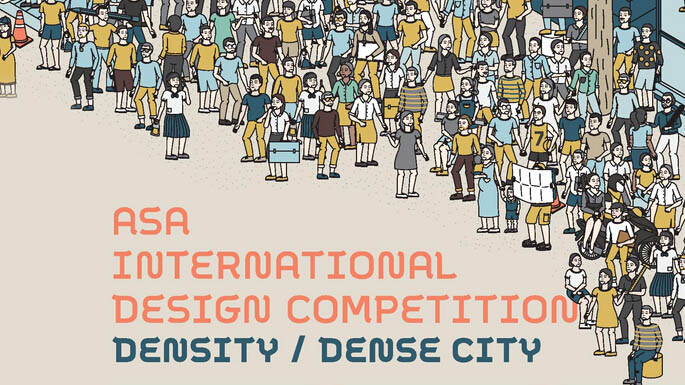