In occasion of the 100th Bauhaus anniversary, the Foundation Bauhaus Dessau is intending the construction of a Bauhaus Museum in Dessau.

Task
The planned Bauhaus Museum Dessau will for the first time provide the opportunity to present to the public for the long term the outstanding collection of the Bauhaus Dessau Foundation under the best possible conservation conditions. The awarding authority expects a design proposal as a result of the competition procedure which implements the desired qualities and quantities in a functional overall concept within the specified cost and time frames and positioning the Bauhaus convincingly in a contemporary manner.

The planned site for the Bauhaus Museum Dessau is located in the City Park directly in the city centre of Dessau. As co-promoter of the competition, the City of Dessau-Roßlau, is searching for plots, that integrate the Museum building within the landscape architectural situation of the City Park, while respecting the existing qualities and uses.

The spatial program of the new Bauhaus Museum covers a total of 3,500 m2 whereby the exhibition area covers 2,100 m2. The museum and City Park should strengthen and complement each other and enrich the location as a cultural centre. 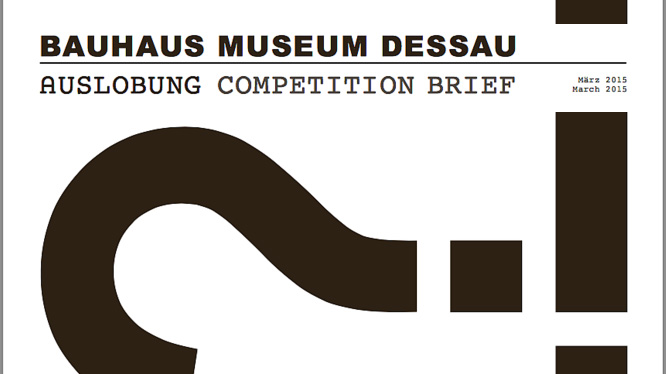