DIA Graduate School is part Anhalt University of Applied Sciences. It is located directly next to the famous Gropius Bauhaus in Dessau. As theme for this year’s international student competition DIA has taken up a task suited to the location. In cooperation with the Bauhaus Foundation and the Theater in Dessau the competition brief demands students to design a stage set for the Bauhaus Bühne (Stage).

INTRODUCTION
In the 1920s the Bauhaus Stage was a legendary project of the Modern Theatre. Founded in Weimar, under the direction of Oskar Schlemmer the Bauhaus Stage became a unique place for revolutionary experiments with body and space. In Dessau it received its manifestation in the architecture of the Bauhaus Building, the center of which it marks. Since the 1970s it has been revived gradually dance, theatre music and performance projects. Today, the stage is again a laboratory for performative experiments, where actors and dancers, artists and other disciplines jointly develop projects. A special emphasis is placed on experiments that stage the space. An extensive program revives this central place in the Bauhaus Building with diverse formats, which reflect the concepts of the historic stage and update them at the same time in the context of current discourses on theatre.

CHALLENGE
The purpose of this competition is to design a stage set for a dance and music performance to be given at the Bauhaus stage in Dessau in December 2016. Since the Gropius Bauhaus was opened in 1925 Music and Dance was an important part of Bauhaus teaching complementing other disciplines such architecture painting textile or graphic design and sculpting.The most well-known exponent in the field of stage set and costume design was Oskar Schlemmer.
His designs for the Triadic Ballet combined both movement as well as geometry and music in a new understanding of space and movement in space. Designing at this historic location with suction into twine at musical as well as dance performance background surely is a challenge even today. This is why the Dessau Institute of architecture graduate school together with the Bauhaus foundation and the theater on how to have decided to open up this possibility of creating a unique stage set to an International student body.

THE GOAL
The goal of the competition is to find a stage set design that can be a meaningful and integral part of this year’s ballet performance on the historical stage.The year of 1916 marked the initiation of an artistic movement in Europe, today known as Dadaism. Midpoint through the Great War artists in cities like Zurich, Berlin and Paris began to realize the madness and irrationality of mankind that turned places like Verdun into the killing fields of Europe.That is exploited this rationality. At the same time its cooler was also to overcome the stringent rules within all academies of art music architecture and design. It is the aim of the Anhalt Theater Dance Group to enact a 45 minute ballet music performance on the Bauhaus stage which pays tribute to the centenary of DaDa
The aim of this competition is to create a space that will not only technically enable the performance but also strive to bind together music movement and space.

REGISTRATION
Registration is possible electronically on our website starting from 1st May 2016, 23:59 until 1st June 2016, 23:59 Central European Time (CET). Participants are requested to hand in their Questions before 15thMay. DIA will answer before 20th May. After registration students wishing to participate will be given a registration number. This number has to appear on all handed in material on the lower right side of each panel submitted Using the Arial font, size 24.

SUBMISSION
The Bauhaus Stage Competition is a one phase design competition. Submissions are expected via internet. Participant will have to register prior to submission and download the competition material. Only one proposal per individual entrant will be accepted.

All proposals must be received prior 20th June 2016, 23.59 Central European Time (CET).Late submissions will be disqualified. Please note that DIA will not take any responsibility for e-mail Problems or other technical issues of the participants. Proposals must be uploaded via internet to this page. Please submit max. Two single-sided PDF to be printable as two A1 boards in horizontal, Landscape format, using maximum 75 dpi. Participants may use all types of ways of Representations, except hard copies or physical boards or models. Proposals will be projected on a Screen to jurors.

Your digital panels must include your registration number. Do not include anything that would identify yourself on your boards. Your digital boards should include a written description of no more than 1 A4 Sheet explaining your idea, specifications of materials, colors and components to be used, method of execution.

With submission you agree to have your work included in an exhibition, which DIA will organize in Building 08 Bauhausstrasse 5, 06846 Dessau, Germany. The Jury will select will a group of max 20 best proposals to be printed for the exhibit; we will ask selected designers to send high-resolution print files for that purpose.
Other proposals will be exhibited as projected images only. Only one proposal will be accepted from each team or individual. Variations of an idea will not be accepted. This will lead to the exclusion of the entire entry submitted.

Two A1 size boards are to be digitally submitted (PDF format 75dpi) where the registration number has to appear in the lower right corner in Arial 24, in black.

Board A: The A board must show the conceptual drawings at Scale 1:100; it should include a 3-D a photo-montage (without any scale) of the proposal using provided photographs. The size of this image in the digital panel must be at least 20 x 25cm. The placement of other information on this board is free.

Board B: Board B must include all elements you consider necessary for demonstrating the feasibility of realization of the project. Any details should be scale 1:50. It should include an axonometric projection of the Stage set in scale 1:20 showing its volumetric aspects. Describe how the proposal can be conceived and built, and which material(s) are to be used. Details at larger Scale are welcome. Also explain the relation with the fabrication process on a diagram as well as the concept and budget in a text as explained above. 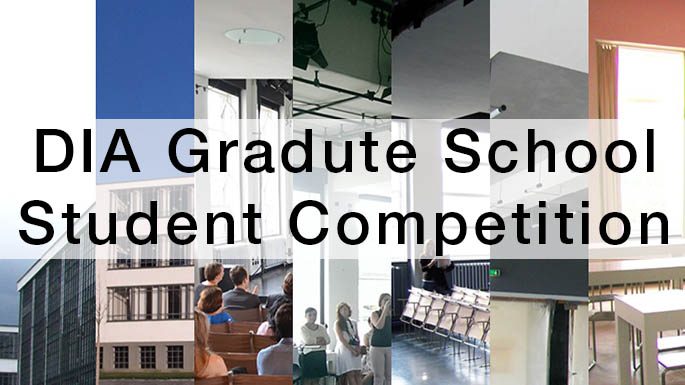