The BETA competition and its related exhibition supports and promotes quality architecture in all its forms and manifestations, being conceived as a relational interface both within the profession and between the profession and the socio-cultural environment in which it operates.

For entering the competition, the participants will consider the following two deadlines: August 1st (for 1-5 categories) and September 10th (for category 6).

The competition is open to the DKMT* Euroregion (for 1-3 categories), as well as to the three neighboring countries – Romania, Hungary and Serbia (for 4-6 categories). 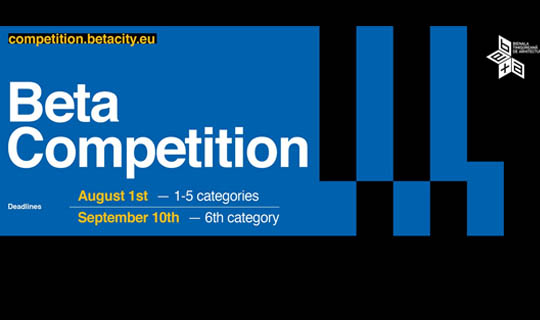