In 2019, the Second B4H-DC aims to address the notion of having architecture as a social and cultural facility, by seeking design ideas that would contribute towards the social inclusion and integration of Syrian war refugees in the Turkish border city of Reyhanlı. The competition has two separate categories: it welcomes submissions from students and recent graduates, as well as experienced professionals. There is no entrance fee.

Over 5.6 million people have fled Syria since the outbreak of war in 2011, seeking safety in Lebanon, Turkey, Jordan and beyond (UNHCR, 2018). Turkey alone has accommodated a staggering number of more than 3.6 million Syrians over this period of time. At least 90% of these people are living outside of refugee camps in urban or peri-urban areas, of which 70% are women and children. It is estimated that 40% (about 380,000) of Syrian children currently have no access to education and basic health care services.

Reyhanlı is a small Turkish town bordering with Syria in the province of Hatay located on the southeast of Turkey. As the main gateway from Turkey to Aleppo in Syria, the town has become the main entry point for Syrians seeking asylum during the escalating conflict. As a consequence, in the last 8 years, the population of Reyhanlı has nearly doubled, progressively absorbing hundreds of thousands of Syrians who do not envisage a restoration of peace in their home country in the short term.

Although featuring a quiet urban environment, Reyhanlı is not entirely free from the risk of war aggression. In May 2013, Reyhanlı experienced two bombing attacks in the same day, killing 52 people and wounding 146 people. Since 2011, it has also been the target of many rocket attacks that have caused further casualties, with the most recent ones being in January 2018.

In addition to terrorist attacks, Reyhanlı has experienced social problems due to the sudden rise in population. These problems pertain to poverty, unemployment, shortage of water and electricity, a lack of infrastructure, insufficient public facilities for housing, health, education and recreation. These problems are the sources of increasing tension between Turks and Syrians in Reyhanlı.

To date, nearly 120,000 Syrians have settled in Reyhanlı under temporary protection. In view of the urgent needs for social inclusion and integration, this competition invites students to propose radical but applicable design ideas for transitional shelters with 5,000 square meters of indoor ﬂoor area that could be used for accommodating 400 Syrian settlers, particularly for the wounded elderly, war widows and orphans. The design might consider using an area of up to 800 square meters for welcoming or receiving guests, administering ﬁrst aids, and providing other basic services, such as food, healthcare and indoor leisure activities. The urban fragments dedicated to the proposed transitional shelters must be conﬁned to a piece of land with 7,000 square meters in the north side of the location, and must observe a vacant area of 10   1 meters in width in front of the construction site (see the image satellite with the plot limits). It should be designed primarily for serving Syrians, but must embody the spirit of integration and meet the aspirations of local community through architecture, urban and landscape design.  The professional category will need to consider, in addition to the requirements for the student category, combining the transitional shelters with another facility: a social and intercultural service centre with 15,000 square meters of indoor ﬂoor area. The centre should be proposed for both Turks and Syrians in order to meet both the communities’ needs and aspirations, serving as a foundation for the process of social inclusion and integration between Turks and Syrians. This centre should be envisaged as a meeting point between people and cultures, with a view to promoting cultural exchange, sharing lifestyle knowledge, enhancing social bonds, engaging Syrians into the city’s social, economic and cultural life, and building resilience for the community as a whole. All participants are encouraged to critically investigate the site in conjunction with an in-depth consideration for its immediate and wider context. Speciﬁcally, considerations should be given to:

• specifying processes and features of construction; and

• describing organization and management of the proposed building complex.  International

The projects will be assessed against the following ﬁve equally weighted criteria:

• Rationale of selecting the target groups, users and beneﬁciaries according to the analyses of sociocultural context of the site;

• Validation of architectural programming based on the needs and aspirations of the target groups, users and beneﬁciaries;

• Quality, adequacy and intelligence of the architectural proposal and its design strategies for social integration, and Syrians’ engagement into the the daily life of the city;

• Clarity and applicability of construction and the coherence of its strategies in the building, rebuilding or resettlement processes; and

• Feasibility and sustainability of building management and its strategies for considering local resources, social integration, community-based activities, livelihood, and governance.

The evaluation committee will be presided over by two prominent architects and educators – Juhani Pallasmaa and Suha Ozkan. The full committee will be composed of distinguished practitioners and scholars from several countries, soon to be announced. 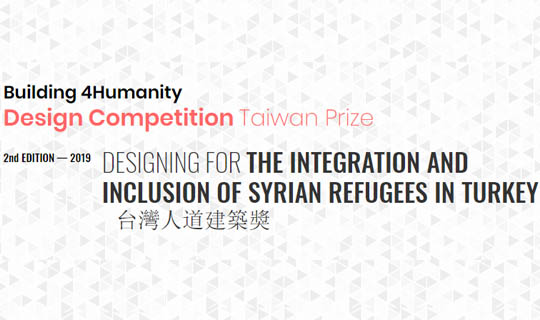