The goal of the competition is to create more welcoming and accessible connections to Toronto’s Central Waterfront, with a focus on two key under-Gardiner intersections at York and Simcoe Streets. Launched by the Waterfront BIA in 2019, the first ReConnect project at Rees St. (near the Rogers Center), incorporates design elements such as bright reflective paint, enhanced pedestrian markings, and improved way-finding to create a new neighborhood gateway.

Designed for a car-centric era, Toronto’s Gardiner Expressway has long served as a street-level barrier between the city’s core and a blossoming waterfront. But, as the city recovers from the COVID-19 pandemic, what if this obstacle could be re-imagined as a vital point of connection?

The Waterfront ReConnects Design Competition, collaboration between the City of Toronto, the Waterfront BIA, the Toronto Downtown West BIA, and The Bentway, hopes to engage professional Canadian artists and designers to develop creative interventions that re-imagine the experience of two key intersections under the Gardiner – York Street and Simcoe Street. It’s an exciting opportunity to re-think these under-Gardiner spaces as places for people, communities, and connection.

Applications are open to Canadian professional artists and/or designers and we are hoping to get a broad range of applicants who are seeking an opportunity to test, discover and create within this dynamic public space

One winning proposal for each intersection will be selected to be constructed in mid – 2022. Timelines for implementation will be further refined with the City of Toronto. These demonstration projects will be in place until the Gardiner Expressway is re-habilitated in this area between 2025-2028. 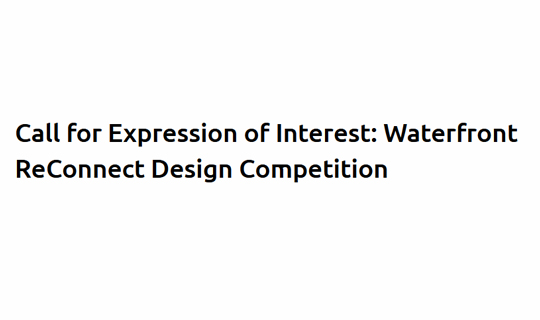