After a first edition that had over 100 participants and ended with an exhibition at Maison de l’Architecture du Québec, Morph.o.polis is once again accepting applications to celebrate Montreal’s 375th anniversary with a co-creation experience to reinvent the city.

This year’s theme challenges contestants to explore the ideas of mass transit, intelligent transit, transit’s integration to the urban fabric, and their urban interfaces, and to rethink transitional points in the city (air transport, the river, urban, underground etc.)

Teams will propose the requalification, improvement or creation of new transit places in Montreal with a project, a system or the responsible planning of the territory. Mass transit is an important social development vector for cities, and occupies a predominant place in its citizens everyday life. We are searching for innovative solutions that rethink how we use the places, infrastructures and dynamics of alternative and mass transit. Through Transit Montréal, contestants will have to chose one (or many) Montreal transit places and bring them to a new paradigm, either architectural or social. It is time to imagine the city of tomorrow, the places of daily life.

The contest is open to all citizens, students and planning professionals. While all may apply, multidisciplinary teams are strongly advised. In collaboration with the School of Architecture from the University of Montréal, the contest will also hold guest lectures pertaining to its Transit Montreal theme, and will conclude with a prize announcement during an event at the Maison de l’Architecture du Québec on Wednesday April 5th. 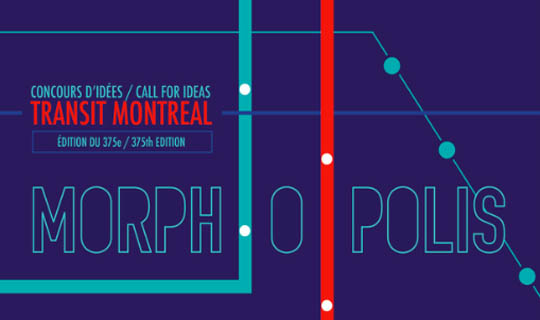