The aim of this competition is designing and planning the public space in the waterfront area, approximately 20 km long, which covers the entire Municipal District of Alicante from El Campello to Elx, with a variable width and drawn in the cartographic base of the documentation attached to the competition briefs.

Contestants will be free to redefine the scope of the competition provided that it conforms to the concept of “coastal corridor” and to the influence area of the site initially proposed, and that the variation is justified with technical arguments that reflect and assume the implications that could affect over other spaces.

Its development should allow a gradual deepening in the study of the whole coastal strip and its sections.

The aim of the present ideas competition is the design of a coastal passage along the coast of the municipality of Alicante.

All the teams formed by (at least), an architect, a civil engineer (highways, canals and harbours) and a graduate in environmental sciences, spanish or not, will be able to attend this competition. It also includes the participation, under the same conditions, of legal persons whose social purposes correspond to the object of the competition.

The winner of the competition must subsequently provide the appropriate documentation that formally certifies the belonging of these persons and/or teams to the contract:

– Each of the five finalists selected to participate in the second phase will receive a fee of € 10.000 (VAT included).

– The winner of the competition will receive, in addition to the remuneration mentioned above, the commission of the Basic Project, the Implementation Project, the Safety and Health Study and Environmental Impact Study of two sections of the corridor (sections 2.3 and 4.1 of the bases) with a professional fee of € 40.000 (VAT included). 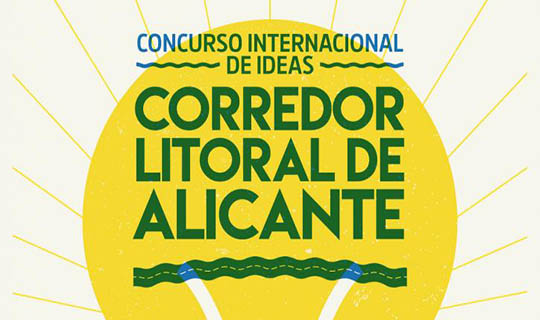