Third edition of this international competition organized by OPENGAP, inviting participants to explore the boundaries and paradigms of house designing, inciting them to work in innovative and visionary proposals which can both, think in a basic housing program and in the relation of  identity between the customer and  the project.

Each participant or team can propose the client for designing a house, a person of interest and inspiration for the project.

This competition is open to all architects, designers, architecture students and to people around the world interested in the topic. Competitors could subscribe individually or as a team of maximum of 5 people.

The proposal submission consists of two digital panels in .jpg format, not bigger than 4MB each.

AWARDING OF PRIZES: During October, 2015 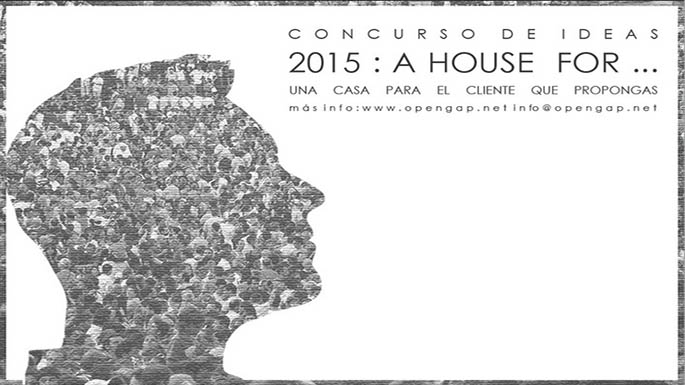