The competition area – Tarkhanovo ecopark in Tarkhanovo microdistrict, Yoshkar-Ola, Mari El Republic, Russia. Official name in the Soviet period – “Park named after the Young Communist League 50-th anniversary”. The Park is located at the north-west of Yoshkar-Ola and limited by Rechnaya, Sportivnaya, Druzhby and Transportnaya streets. The park is divided into two parts by Shoya river. The competition territory amounts to 12.18 hectares.

For the last 40 years, the park landscape and natural ecosystem of the designed area developed without any control. At present, the park territory is a soccer field for people to play and a residual green zone. The competition participants should think over landscape solutions for the whole area of the park. 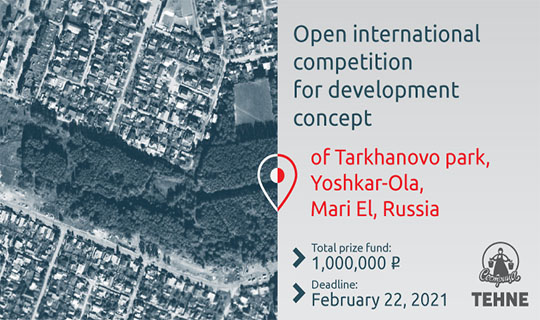