The competition invites the participants to reconsider the role of the monuments today and especially the funerary ones. Moving from the white world of modern utopia, the competition is initiated to generate discussion over Modernism and especially LC’s work through a project that would act as an elegy to LC.

At the same time, it attempts to cast the process of memorialization in a critical light. Memorials can be as simple as a potted plant, as intricate as a war memorial, and everything in between (see for example counter-monuments by James E.Young, Il Monumento Continuo by Superstudio or even virtual memorials that are becoming more popular these days). In other words, each project should seek to challenge the principles of Modernism trying to pose sinful questions, while stating «new monuments» in the wake of the 21st century.

Within the framework of the global festivities for the 50th anniversary of Le Corbusier’s death (1965), the National Technical University of Athens, with the support of Fondation Le Corbusier and other cultural organizations, launches a series of events, part of which is “DeCorbuziers”. DeCorbuziers is an alternative pop, neo-goth initiative, inviting young architects, creative offices, artists and students of art and architecture worldwide to praise, disparage, decompose and criticize the Big Master in playful and creative ways.
Under this regime, the platform archstudies.gr as a member of DeCorbuziers team is launching an international architectural design competition for students under the title «Modernism Memorial: A Funerary Monument for the Death of Modernism». This competition aims to bring together contemporary interpretations concerning multidisciplinary approaches over Modernism and specifically over LC’s work, while explores possible themes and directions of the Memorial representation nowadays. Overall, in the spirit of a commentary rather than a tribute to Corbu, the competition will strive to seek out ideas on conceptual and theoretical levels exploring throughout a memorial monument the death of Modernism in the 21st century.
THEME
Taking as our point of departure the declaration of the End of the Modern Movement, with the demolition of the AIA Award-winning housing project at Pruitt Igoe, on March 16, 1972, we can’t help but wonder: If Modernism is indeed dead and buried, what would a contemporary memorial for Modernism looks like? And, what could be actually its purpose nowadays in times of growing instability, immobility, technological innovation and abstraction? Over the last decades, the issue of «modern monuments» has ignited heated debates among architects and academics, while most monuments end up confronting with banality and clichés. Are there better ways to conceive monuments apart from their mere representational and symbolic character?
Moreover, when it comes to death celebration, new issues emerge regarding memorialization. Drawing from LC’s death anniversary, we try to speculate on new ways of celebrating the past. The main question that arises here is: Should we honor and remember or should we forget? In his short story Funes the Memorious, Jorge Luis Borges introduces the act of forgetting as the antithesis of memory. His protagonist, Funes, is a man who remembers everything and, overwhelmed by his memories, he is simply unable to endure any new experiences. The hero’s dilemma makes us realize how important forgetting is and think about the new possibilities that open through forgetting. All these considered, in a search of a new monumentality, should we praise (without forgetting like Borges’s hero) or can we un-remember? Is a contemporary memorial a point of awakening memories or a point of burial, celebrating the new and unexpected?
ELIGIBILITY
Students in architecture and related fields are eligible to participate in the competition «Modernism Memorial» as individual authors or as a team. Interdisciplinary approaches are highly encouraged. Every individual or team has the right to participate in the competition with only one entry, which has not been published up to the date of the announcement of the competition results.
Members of the jury, organizers of the competition, as well as their close relatives are excluded from participating in the competition.

All competitors are encouraged to submit all the information they consider necessary to explain their proposal (detailed drawings, photographs of models, diagrams, charts and texts). Each competitor should select a six-digit number as a code to represent their entry.

Each project submission must contain the following files:

The material must be compressed into a .RAR file, which will be named after the characteristic six-digit participation code displayed as shown below:

The folder must include five (5) files named after the six-digit participation code as shown below:

Special prizes soon to be announced, including Villa Savoye from the LEGO® Architecture series sponsored by LEGO® , The LEGO Group, and The LEGO Architect by Tom Alphin sponsored by No Starch Press!
All top 10 short-listed entries will be featured on archstudies.gr, plus on our blog and social media pages, as well as on other specialized journals and websites. Moreover short-listed and winning proposals will be displayed in the upcoming exhibition at ROMANTSO in Athens, Greece.

If you have any questions, please send them with the subject line “FAQ” to the following address: arch_studies@yahoo.com, before the 30th of September. We will publish answers on our site on 5th of October.

The exhibition of the competition results will take place @ ROMANTSO, in Athens, Greece between 20-27 December  2015.

The above-mentioned terms of the contest might be subject to change. Any changes will be posted on the official competition websites. The organisers or any involved parties bear no responsibility on any potential changes.
Go to the competition’s website 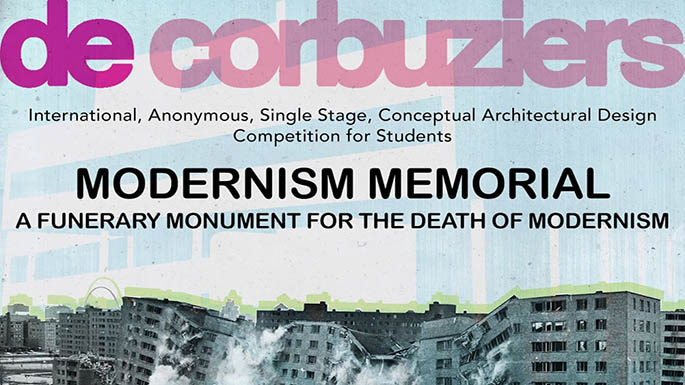