CUBE is pleased to announce the 2018 international design competition for students and fresh graduates from around the world to explore and express their views on the future of Egyptian settlements on Mars through their innovative and visionary proposals.

“Mars Is There, Waiting To Be Reached.” -Buzz Aldrin
Mars has exerted a strong fascination over humankind for centuries. People inhabiting the Red Planet might still exist in the realms of science fiction. But today, the human race is edging closer to becoming an interplanetary species as the previous decade has witnessed Mars as the center of attention for becoming a potential new habitat for the earth’s future population.
With many visionary organizations and their ground-breaking explorative studies and research, the unseen future of inhabiting the Red Planet is now a real possibility; an opportunity to create a utopian tomorrow, making mankind a multi-planetary species.
This competition is intended to envision a habitat for the first Egyptian colonizers on Mars. It challenges participants to design the future architectural prospect that would define a trend for the architecture of the upcoming human civilization on the Red Planet.

The Vision
“Life on Mars? Architects Lead the Way to Design for making Mars the second home for humans.”
– An out of this world challenge…
It is not enough to just travel to Mars and survive, it is essential to develop a way in which we can sustainably live on Mars. Figuring out how we could be comfortable living on the Red Planet is a challenge.
It’s about making Mars livable by completely transforming its environmental makeup through the construction of a human-made atmosphere to understand and solve one of the main problems for a fully breathable and livable Mars.

The Objective
The objective of the competition is to propose a settlement complex including residential, research center, educational, services and medical units. The proposed design should reflect the Egyptian culture reviving the Ancient Egyptian glory in a way that fits the modern era.
Competitors should consider the impact of the proposed design on the environment on Mars; accordingly, each competitor shall have a proper understanding of the conditions and challenges of designing a habitable complex for Egyptian Settlements on Mars.

Endorsed by: CUBE Consultants
Under the Auspices of : Department of Architecture, Faculty of Engineering, Ain Shams University. 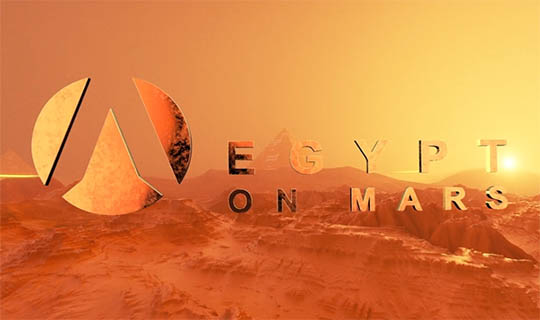