The Fairy Tales competition invites architects, designers, writers, artists, engineers, illustrators, students and creatives to submit their own unique architectural fairy tales. The scale, location, and program of the submission is up to each entrant. A successful entry crafts a text narrative, along with 5 images, in the most spectacular way possible.

After the record breaking success of Fairy Tales 2015, with over 1,200 participants from 65 different countries, Blank Space is excited to announce that the third edition of the competition is now open for registration.

“When we started hosting the Fairy Tales competition, we couldn’t anticipate the ways in which such a foreign format would be received, but after combing through over 2,000 stories it has become apparent that the “fictional” aspect of Fairy Tales is a powerful vehicle to tackle very real concerns,” say Matthew Hoffman and Francesca Giuliani. “Many entries wrestle with topics that surround us: the benefits and dangers of globalization; our reliance on technology; the mismatch between the design dreams of architects and the reality of the profession; and our impact on the natural world,” the founders add.

In addition, Blank Space has partnered with the best architecture and design publications out there: Design Milk, Archinect, Bustler and Archdaily. They will confer the winning entries to millions of design fans around the world, giving these unique architectural fairy tales the recognition they deserve.

“Modern architecture strives to present a linear, logical story with every project. In reality, the creative process is anything but linear , ” say Blank Space Founders Matthew Hoffman and Francesca Giuliani. “There is a great willingness within the design community to tell new stories stories that go beyond simple descriptions to become harbingers of new architectural possibilities. Our goal is to utilize the Fairy Tales competition to coax them out.”

Participants can register for a special $35 Early Bird Discount until Thursday, October 22. Following that, Regular Registration ($55) will be open until December 09, and Late Registration ($75) until the Submission Deadline on January 16, 2016.

FAIRY TALES: VOLUME III: The life of the submissions doesn’t stop at the conclusion of the competition. Following the competition, Blank Space will publish the second volume of “Fairy Tales: When Architecture Tells A Story.” Select entries will be included in the book, as well as featured prominently on the Blank Space website. The book is sold at museums and bookstores around the world including The National Building Museum, The Museum of Modern Art (MoMA), NAi Booksellers and the Museum of Contemporary Art, Los Angeles (MOCA). 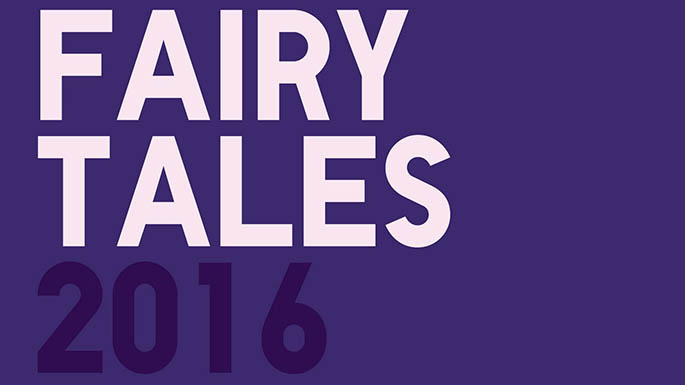