For the last 6 years, the Fairy Tales competition has captured the imagination of designers and architects around the world. Last year’s record breaking competition drew entries from over 60 countries, making the competition once again the largest annual architecture competition in the world. For the seventh year of the competition, Blank Space is proud to partner with ArchDaily, Archinect, and Bustler.

“Each year we run the Fairy Tales competition- the stakes get higher and higher. Although the prompt has always been the same- each year, the entries are more and more engaged with current events and the state of our planet” says ​Blank Space founder Francesca Giuliani “​Some of the best entries we have received to the competition in previous years have been incredible stories of caution and warning. This year we are looking for solutions instead of warnings. We know the issues plaguing our planet, now we are looking to you to solve them.”

Fairy Tales is open to all, and invites architects, designers, writers, artists, engineers, illustrators, students and creatives to submit their own unique architectural fairy tales. A successful entry will craft a text narrative, along with 5 images, in the most spectacular way possible.

Participants can register for a $45 Early Bird Discount until October 17th. Following that, Regular Registration ($60) will be open until November 21st, and Late Registration ($75) until the Submission Deadline on December 19th, 2019.

Honorable Mentions: The jury will choose up to 10 honorable mentions​. 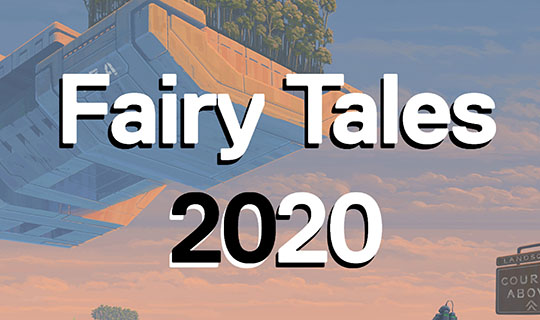