The aim of this competition is to design a ‘Film City Tower’ in Bombay and explore the possibility of a new vertical typology for a film city. The project resolves to put Bombay and Bollywood on the global map through a futuristic and contemporary landmark for the city.

Archasm invites architects, students, engineers, designers, artists and philosophers to send in their entries for our competition.
• Idea based competition
• Single stage competition
• Team of maximum three members
• No professional qualification necessary for eligibility
• Teams can be interdisciplinary
Mumbai, or erstwhile Bombay is the largest metropolis of India and an answer to the likes of Shanghai, London or New York. It is the financial capital and trade epicentre of the country, a city of lifestyles and narratives. The ‘Maximum City’ of Bombay is renowned all over the globe for the enormity and surrealism of BOLLYWOOD, which is the nickname given to the Hindi language Film Industry located in the city. The industry has come a long way and bloomed since its inception, to a multi-billion dollar industry, only second in capacity to its American cousin, Hollywood. Bollywood is a goliath in terms of revenue generation and employment, both direct and indirect, supporting a multitude of auxiliary industries like tourism, music, design and fashion. Bollywood’s film production centre is a government-owned studio facility known as ‘Film City’ in the northern suburbs of Mumbai. It is an integrated film studio complex with several recording rooms, gardens, lakes, theatres and grounds that serve as the venue of many Bollywood film shootings.
The participants are tasked with proposing a new holistic and integrated vision to inject a new sense of purpose in a Film City. The competition encourages participants to conceive and imagine additional innovative programming and integrate the functions of a film city with other auxiliary functions to increase the commercial, social and ethical viability of such facilities.
The setting up of film cities require an enormous footprint on land, which is a scarce and vital resource in the case of Bombay. The proposal for the land intensive function of a film city is to be compacted and transformed into a vertical tower that would generate an exemplary urban form. The functions of a film city need to be optimised into vertical units through nesting, layering, stacking or overlapping onto one another in a legible fashion.
The proposal should strive to create an iconic landmark representing Bollywood and its significant contribution to the cultural landscape of the subcontinent for over a hundred years. It should be styled according to the suitability of this enormous industry and transform the skyline of Bombay.
The design for the tower should explore the insertion of alternative energy methods, responsive and adaptive design techniques and self regulatory systems to strike an equilibrium between the input-output energy cycle.
The proposal should insert a variety of public functions in the tower that would greet the public with a panorama view of the city. The proposal should innovate and distribute the aspect of social and community spaces equally in a tower, which in most of the cases, is absent as the building rises up.
The participants are asked to design a new island for the Film City tower in the ‘Mahim Bay’, across the Bandra-Worli Sea Link, in Mumbai. The site island is located at a distance of approximately 100 metres off the BWSL promenade in the Mahim Bay waters, adjoining the Western Express highway. It is bounded by the Bandra Reclamation area to its north and west, Mahim and Worli to the far east and south respectively.

• Participant teams will be disqualified if any of the competition rules or submission requirements are not considered. Participation assumes acceptance of the regulations.
• Team Code is the only means of identification of a team as it is an anonymous competition.
• The official language of the competition is English.
• The registration fee is non-refundable.
• Contacting the Jury is prohibited.
• archasm as the competition organizer, reserves the right to modify the competition schedule if deemed necessary.

Following information is available for download on www.archasm.in :– Full competition brief
– Site and context photographs – CAD and PDF site plan
All information can be downloaded as often as required; no additional information or material will be provided after the registration. The brief and all associated documentation for this competition are for the sole purpose of an academic exercise and are not legitimate documents. The provided materials can be used or alternatives can be created or sourced at the participants discretion.
REGISTRATION 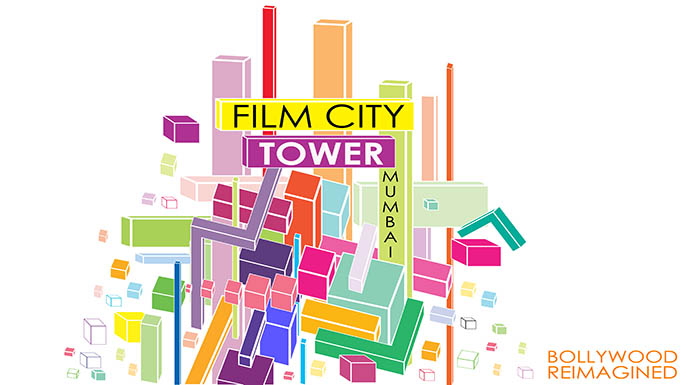