It is an international competition open to all persons. The idea of a human colony in a planet far, far away from Earth has been a recurring theme of science fiction in writing and film. This ideas competition extends the theme to architecture and design of the physical manifestations of the colony, enabling architects, designers and just about anyone to dream about how life in a colony away from Earth could or should be like.

A design for the first human colony on planet Mars, to be built using materials from Planet Earth, to be transported across space in whole, or in part and assembled on Mars.

It shall be designed for up to 50 couples who have been selected through balloting and comprise equally of males and females between 20-45 years of age.

The colony is to be designed with an environment which is self-sufficient and self- sustaining for human population, with the understanding that the atmosphere and landscape on Planet Mars may not be conducive to the population. Basic infrastructure and amenities must address atmosphere, climate, shelter, water, food and security.

There should also be some planning for future expansion of the colony, say for the next batch of 50 humans and so forth, whether by replication or other methods.

Information in the following websites, whilst not exhaustive, can be referred to understand the Planet Mars project and the current research and findings undertaken by NASA and others. The fictional work of Andy Weir, ‘The Martian’ serves as a paradigm of a writer’s imaginings of a colony on Mars. 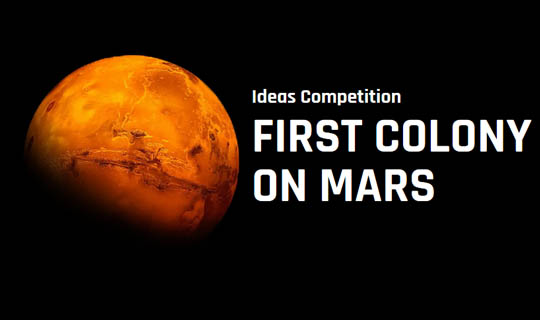