Florenc is a neighbourhood situated about 1km to the east of Prague‘s Old Town Square. Its present character is shaped by transportation infrastructure including a bus terminal, a train station and the metropolitan arterial road, at the same time it is the largest brownfield in Prague‘s centre.

The objective of the international urban design competition is to find a viable proposal for a new mixed-use neighbourhood with new homes and spaces for Prague’s booming economy as well as places for leisure and retail. High quality public spaces should be the backbone of new Florenc with liveable streets and plazas creating new links between Prague’s Nové Město and the trendy Karlín District.

Significant portion of the competition site is situated in the urban conservation area of the Prague Historic City Centre, a listed UNESCO World Heritage Site and the entire adjacent area falls in the world heritage site buffer zone.

The Competition is organized as a cooperation of the City of Prague and Prague Institute of Planning and Development, Masaryk Station Development, a joint venture of Penta Real Estate and Czech Railways and ČSAD Praha Holding, a private operator of Prague’s central coach terminal. Planning consultancy ONplan is the competition organizer.

The competition will be conducted in the form of three competition workshops, during which the jury, the clients and other stakeholders will engage in dialogue directly with the competing teams.

The jury will select up to 5 teams based on their applications with portfolios to take part in the competition. The competition will have two phases – in Phase 1 the teams will prepare an urban regeneration concept plan for the interest area, which will be developed into a masterplan in Phase 2. The jury will shortlist a minimum of 3 and a maximum of 5 competing teams for Phase 2 of the Competition. 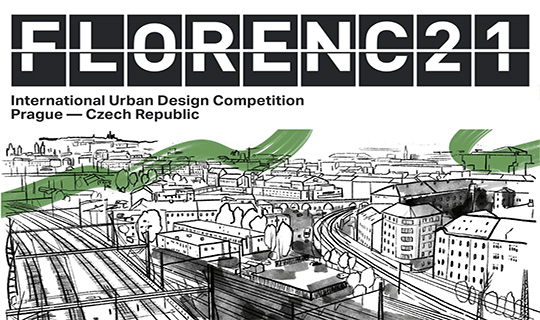