“The notion of a fluid totality can be understood as both the characterization of an existing societal condition and as an architectural concept/ambition to make this condition perceptually palpable within the global built environment and to further intensify and facilitate its complex flourishing.”

Liberty, “the state of being free within society from oppressive restrictions imposed by authority on one’s way of life, behavior, or political views“ , is the fundamental value of all fertile contemporary societal life processes. The Free Republic of Liberland is the world’s newest micronation, shaped by this fundamental value of freedom.

Can the radically new possibilities for liberty in Liberland and an unleashed free market economy stimulate a radical transformation of the built environment? What does it mean to “plan” or channel the urban materialization of a new nation-city using Libertarian and Anarcho-Capitalist principles? What are the heuristics capable of developing an architectural substrate for a brand new society that aspires to a maximum freedom? How can maximal freedom result in a complex legible order, rather than descend into visual chaos? Free market urban order is fluid, distributed, emergent, and ever evolving. How can a light touch urban main-frame stimulate entrepreneurial free market urban order in a society whose functional values include maximum individual liberty, minimum government, voluntary taxation and charity, unencumbered free markets utilizing crypto-currency, private property, prosperity flourishing from personal responsibility and risk, individual moral freedom, privatized infrastructure and services, voluntary contractual institutions, voluntary cooperation, non-violence, non-coercion – in other words – freedom?

Liberland is real. This is not solely a speculative ideas competition. Liberland needs architecture. Entries must include – but be developed beyond – speculative concepts, into fully visualized, ambitious, flexible design systems demonstrating agility for adaptation and maximum potential for developing a multi-authored fluid built environment on the basis of evolving ‘light touch’ rules.

Liberland invites you to challenge the contemporary urban and architectural design status quo by responding to Liberland’s fundamental values and by speculating on the general design potential for this new micronation. Your proposed scheme must be agile and highly adaptive to market forces that are open to perpetual adaptation. On a functional level Liberland has no zoning regulations or municipal restrictions. It has no pre-established design culture. The field is wide open to innovation on every scale. Liberland’s new architecture will be absolutely vital to its survival, success and advancement towards its envisioned future of maximum freedom and prosperity on the basis of an unleashed entrepreneurial creativity.

Rather than purely fantastical or artistic schemes, Liberland seeks radically creative, yet mature proposals for a fertile, high-density city-nation of the 21st century, responsive to its advanced contemporary network society.  Participants should approach this competition as a real-world design challenge: A lucid development process for a multi-stage evolution of Liberland into a fully functional, architecturally advanced, and intelligently adaptive city that at the same time projects a new identity that communicates Libertarian and Anarcho-Capitalist values like creative entrepreneurship, individual risk-taking and new forms of sociality and associations that will form once the conformist stranglehold and usurpation of sociality by a majoritarian state-rule is cast off. In the spirit of Liberland, participants are free to propose scenarios that are both design focused and socially speculative, engaging as much or as little as desired in the broader economic, political and societal projections on the future of Liberland.

“Free Republic of Liberland (hereinafter “Liberland”) is a sovereign state located between Croatia and Serbia on the west bank of the Danube river. The nearest towns are Zmajevac (Croatia) and Bački Monoštor (Autonomous Province of Vojvodina, Serbia). On some maps, this area is referred to as “Gornja Siga”. Liberland came into existence due to a border dispute between Croatia and Serbia. This area along the west bank of the Danube river is not claimed by Croatia, Serbia or any other country. It was therefore terra nullius, a no man’s land, until Vít Jedlička seized the opportunity and on 13 April 2015 formed a new state in this territory – Liberland. The boundary was defined so as not to interfere with the territory of Croatia or Serbia. Its total area of approximately 7 km² is now the third smallest sovereign state, after the Vatican and Monaco. For more information regarding the border dispute between Croatia and Serbia see an article on Wikipedia. The motto of Liberland is “To live and let live” because Liberland prides itself on personal and economic freedom of its people, which is guaranteed by the Constitution, which significantly limits the power of politicians so they could not interfere too much in the freedoms of the Liberland nation.” [3]

Program >>> Conventional urban zoning segregation between commercial, residential, retail, municipal, and leisure districts is IRRELEVANT in Liberland! The goal is to achieve an artificial ecosystem of high permeability, fluidity, flexibility, and entrepreneurial potential in a complex variegated urban order that functions as a coherent, unified system yet retains highly adaptive to local conditions, groups, individuals, institutions and organizations by activating light-touch rule-based design networks and symbioses.

Liberland  >>>  Liberland is a nation, a city, a network of communications, an advanced society, a visionary Libertarian utopia, and radically Anarcho-Capitalist free market, a field of intensities – in other words, a “Fluid Totality”. 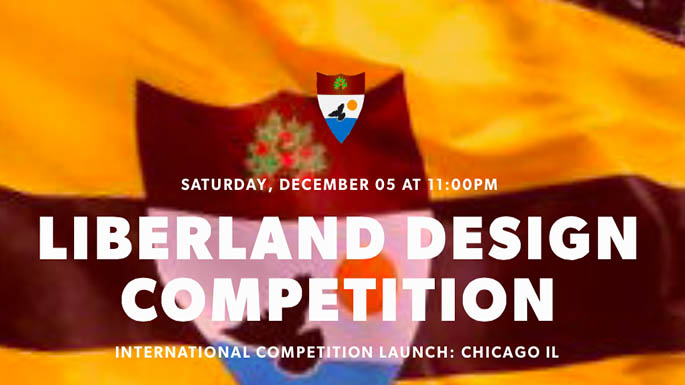