London-literature’s labyrinth of ‘lost souls’ is one of the favourite settings for writers/poets/scientists/thinkers and intelligentsia, who have nurtured the city into the greatest hub of intellectual revolution. One of the greatest living cities of the planet, London has had the biggest global influence on the socio-economic and cultural landscape of the world, even being the birthplace to the likes of Industrial Revolution. It has practically absorbed the different times into its intense and heterogeneous landscape through accumulation and juxtaposition.

London  has  been  the  influence  and  subject  of  various  literary  figures  like Shakespeare, Keats, Milton, Byron, Dickens, Newton, Arthur Doyle, George Bernard Shaw, PB Shelley, Chaucer, Virginia Woolf, JK Rowling etc. to name a few. It has been the greatest hub for the development of arts, science and the great English Literature. London was the chosen burial site for a number of poets, writers and scientists who rose into legends in the Poets’ Corner of Westminster Abbey or the Trafalgar Square.

London has a great reading culture among its residents, who like to drown into their books looking for some respite from the fast paced metropolitan life. The city is home to great libraries like the British Library, Westminster Reference Library and London Library to name a few. Libraries all over the world have had a great impact on the society and people. Creating and providing an outlet for technological advancements, introducing and nurturing cultural artefacts, supporting the rise of various religions and helping to maintain a sense of historical structure, they have managed to help communities survive and thrive via numerous artistic outlets.

The earliest known library was a collection of clay tablets in Babylonia in the 21st cent. B.C. The extensively catalogued library of Nineveh and Alexandria were the most noted libraries of the early age. The medieval ages saw many great university and private libraries (e.g., Laurentian, Bologna, Prague, Oxford, and Heidelberg).

With time, more and more patrons started coming up with libraries until the modern age, when internet was invented and digital revolution swept away the aura and essence of libraries. Libraries are no longer the convenient source of information and have seen dwindling engagement among people. The book culture is on the decline and so is thought and originality. Internet may have been a boon but it also serves incomplete information, curbs thought process and encourages plagiarism.

The aim of the competition is to erect a ‘Public Library in Hyde park’ that would promote reading culture among the general public and visitors.

Hyde park is one of the largest parks of London and one of its royal parks. Spread over an area of 325 acres, it is contiguous with Kensington gardens, being divided by the Serpentine and the Long water. It is one major attraction for the people of London who flock here every day to relax, have fun and savour the natural environment. The park is also a major venue for concerts, exhibitions and festivals. The Great Exhibition of 1851 was held in the park, for which the Crystal Palace designed by Joseph Paxton was erected.

Create a new-age library typology that would break away from the formal environment of existing libraries of the world.

The library should be a freestanding structure and exemplary urban form that will change the rigid outlook of libraries. The architecture should be inviting and informal, being able to connect with the general public in whole. The library be fluid and dynamic spatially, being in coherence with nature. The aesthetic quality, materiality, volume and form should add vitality, beauty and a sense of identity to the space, paying respect to the context and surrounding environment. The library should be constructed of easy-to-maintain light and durable materials, introducing elements of transparency, light, nature and activity in the overall building concept.

Re-program the functional and spatial aspect of the library to make it an exciting and viable prospect for the future.

The library should be able to re-invent itself programmatically by introducing new ways and incorporating digital technology into its already existing ways and methods of learning. The participants should incorporate various other media (audio visual, 3D) apart from books and print media to make it a prospect for the future. The spatiality of the library should be re-interpreted from boring and pragmatic interiors to some innovative, interesting and flexible typology of reading spaces, furniture, interior arrangements etc. The participants should focus on creating an experience for the user in the library space that will stimulate the mind to stay and spend time for longer periods.

Create a landmark and a useful public resource for the people and visitors of the park.

The competition seeks to create a 21st century ‘library in a park’ paradox that will incorporate the social factor in an anti-social built form like a library. It should further become a useful prototypical public resource and an architectural landmark within the park that would even attract non-readers to visit the place. The library should strive to become a zone in the park where people could gather, share, exchange and spread knowledge on a daily basis, thus promoting imagination and creativity, rationality and intellectual thought process. 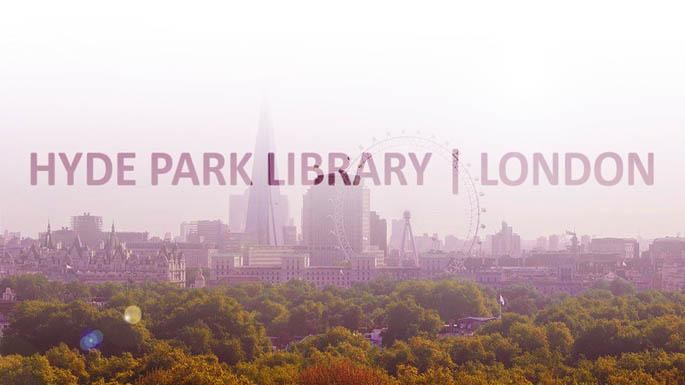