Ideas Competition: More than waiting for the bus

​This ideas competition seeks both:
(a) designs that are environmentally engaging; and (b) a series of principles that could be adopted for future implementation in collaboration with the City of Montreal, the STM and private landowners.

This competition seeks ideas and projects stimulate appreciation of urban spaces by highlighting the significance of nature, art, and design. The chosen slogan, “MORE THAN WAITING FOR THE BUS” invites designers to reflect on contemporary approaches that can help invigorate these spaces in interactive, poetic, critical and meaningful ways: from solely utilitarian to more multi-purposed spaces surrounding bus stops.

Competitors must be aware that this is not a competition for redesigning a bus shelter, but rather an opportunity to rethink the site surrounding the bus stops. The intention is to make waiting for the bus enjoyable in a variety of ways and to encourage citizens to use the bus rather than their car, all year long, including hot summer days and long cold winter months. Furthermore, as opposed to current practices which consider bus stops as universally dropped objects onto urban spaces, the organizers seek to constitute a Best Practice Guide that will include a synthesis of principles submitted by each team of competitors.

All project submissions must also identify at least one key recommendation (or principle) regarding best practices for designing public spaces surrounding bus stops. These recommendations will be collected and summarized into a Best Practice Guide published for Quebec. Entering this competition implies that competitors agree to share their ideas as potential contributions to this collective publication.

One winning proposal will be selected for each bus stop profi le type (four prizes).

Each winning team will receive $1500.

One popular prize of $250 will also be awarded, on the basis of an online vote.

Competitors are reminded that this is a preliminary stage in a process that will necessarily involve experts in various offi ces at the city, borough and STM. The organizers cannot guarantee that the winning projects will be built as submitted but will support the ideas of the young winning designers in the future developments of the project. All competitor names will be clearly indicated in future publications related to this competition as well as included in the acknowledgments in the Best Practice Guide.

The competition is open to teams of students and graduates of less than 5 years in the fi elds of architecture, design, landscape and urban design. Projects will be judged anonymously. You must register your team in order to receive a team number. All documents you submit cannot contain any team names or identifi ers of team members, but rather each submission must be identifi ed by the team number you are assigned at registration. 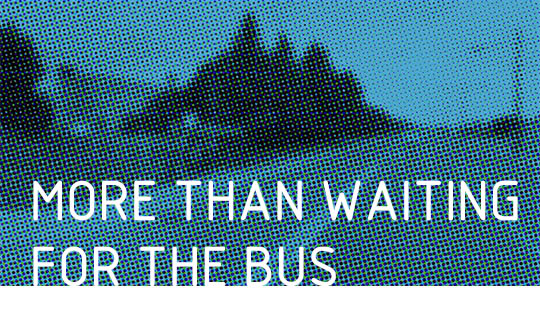