At the beginning of January 2016 the Municipality of Prato, Italy, is launching an open, anonymous, international two-phase design competition for a new 3-hectare urban park in its historical city center.

By the end of February, the international jury (Bernard Tschumi, Michelle Provoost, Sébastien Marot, Roberto Zancan, Francesco Procopio) will select 10 finalist architects who will be invited to conceive a schematic design for the site. In June 2016 the winner will be awarded and commissioned to design the final project for the new Parco Centrale di Prato.

The main aim of the competition is to completely rethink the former hospital area, creating an urban park that endows it with a functional and strategic role so as to fully include it in the network of city relations.

The new urban park must first of all be able to change the vision and perception not only of the new place that will be created, but it must also alter the perception of the downtown areas adjacent to it, conferring awareness that a new part of the city has been created inside the walls. Not an area closed off by walls and gates, but a prevalently open area capable of becoming a hub of vitality for the center and for the city outside the walls.

The project for the new 3-hectare park consists of two functional lots. The first lot includes the complete creation of the green areas and therefore of the park, as well as a built volume with a minimum area of 500 square meter of gross floor area containing, among other things, the services essential to the park itself.

The second functional lot includes the creation of other buildings, up to a maximum of 3,000 square meters of gross floor area.

December 31, 2015
Publication of the competition brief

February 29, 2016
Deadline for receipt of applications for admission to the competition

March 11, 2016
Evaluation by the board and dispatch of the invitation to participate in the competition to the shortlisted contestants 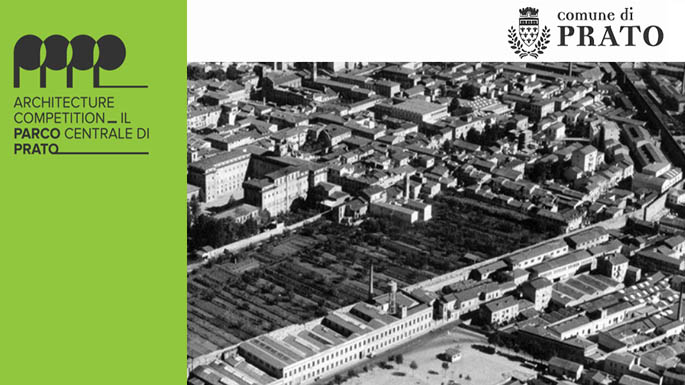