The site for the 2015 competition will be in Shenzhen, part of the Pearl River Delta in China. A specific boundary will be defined and announced when the full brief is issued in August 2014.

What was once a fishing village is now a sprawling metropolis of more than 10 million people. Shenzhen grew at an extraordinary pace, making it one of the world’s fastest developing urban areas over the past 30 years. Moreover, Shenzhen is part of the rapidly expanding Pearl River Delta region, with a current population of over 40 million. Since 1978, the economic opening of China has been the motor of rapid urbanization in the Pearl River Delta. Shenzhen’s status as a Special Economic Zone (SEZ) drove the growth of the city and the region, opening trade and the flow of ideas between Mainland China and the world. Foreign and state owned enterprises settled in the proximity of the Pearl River Delta’s international ports, train stations and highway exits. These mobility nodes were the initial focal points of Shenzhen’s early urbanization, dominated by industrial and market interests.

Competition entries are expected to respond to Shenzhen’s challenges considering its past and in its current state of transformation from a predominantly industrial agglomeration into a metropolis with a rapidly expanding third sector. The idea of “Designing the City as a Resource” refers to the fact that instead of the frequent practice of tabula rasa – demolishing and building anew – the projects should take existing social, economic and cultural structures into consideration, making use of them as resources in a process of incremental transformation.

The task of the competition is to create an urban design-based response to a specific brief about mobility related to Shenzhen and its local and regional relationships in the Pearl River Delta. The interface of mobility networks with the built environment of the city and region must be considered in a global context.

Students are asked to address the social, economic and environmental challenges presented by globalization and urbanization. Analytical design proposals should use mobility as both a catalyst and conduit for urban change.

The goal of the Global Schindler Award is to create an open forum for new thinking about the challenges and possibilities of a global, urban shared future using mobility systems for greater inclusion, connection and accessibility for all.

Categories: All competitions, For students 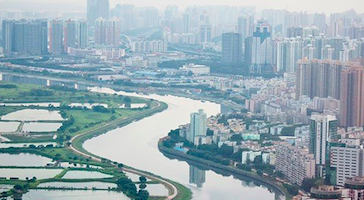