Empresa Portuaria Austral (the Southern Port Company) of Chile invites all Chilean and foreign architects to participate in the international competition for the design of the master plan and preliminary design of the Port of Mageallan´es´ new International Passenger Terminal in the city of Punta Arenas.

All Chilean or foreign architects that participate must include on their team at least one architect that is currently a member of the Chilean Institute of Architects (Colegio de Arquitectos de Chile A.G.).

The winner of the competition will receive the first prize and the commission to develop the final draft of the International Passenger Terminal (TIP) project.

The city of Punta Arenas has experienced significant and sustained growth in recent decades driven by international tourism. This new dynamic offers important opportunities for the local economy and increasingly requires more and better services. Added to this process is the transformation of the city´s old port (Arturo Prat Pier – Muelle Arturo Prat) into a terminal with infrastructure to receive national and international cruise ship passengers – nowadays more than 100,000 visitors a year.

In this new functional context, multiple opportunities arise especially for the surrounding urban environment, which will be able to improve the waterfront´s relationship with the city, its public spaces and its urban fabric.

The transformation of this port area into a new passenger terminal will also provide the opportunity to create a new urban services center for the city of Punta Arenas.

Historic Memory:
The existing port terminal has featured prominently in a vast history of unique and important events for the city, its inhabitants, the country and the world. As the oldest terminal on the Strait of Magellan, it has functioned as a platform for and witness to the principal scientific explorations of the southern zone and Antarctica, a role that it continues to play today as the main headquarters for international scientific programs. But above all, it is the Strait of Magellan that served as a step for Ferdinand Magellan, on November 1, 1520, to perform the most extraordinary feat in world navigation –circumnavigating the globe– which in 2020 will celebrate 500 years of history. This project invites contestants to take charge of this historic milestone with their proposals and contextualize the competition as part of the celebration of the fifth centennial of this world accomplishment.

Urban Integration:
The current port terminal (Arturo Prat Pier – Muelle Arturo Prat) has a functional design due to its original requirements when it was the Strait of Magellan´s main and only port and served as a channel for communication and for transporting passengers and cargo to and from the rest of the country and the world. As a port compound, the terminal´s urban integration with the city was and continues to be limited. This competition offers the possibility of opening this compound and transforming it into another waterfront for the city: instead of limiting its activities to those of a port terminal, integrating its activities as a new tourist attraction for the city with modern services for residents and tourists. This city integration also requires a fresh point of view on the manner of connecting the terminal with the city´s pedestrian and urban fabrics.

International Passenger Terminal (TIP):
At present, expansion work is being completed on the quay in order to allow cruise ships of great size to put intomoor at to the pier port. This improvement will be accompanied by the construction of a new building for attending passengers and is the main objective of this competition. The TIP – Port of Mageallan must also be understood as a new urban service center for the city, whose main goal will be attending passengers from cruise ships. However, given the seasonal nature of this activity the new project should also consider this space as a functional center oriented towards the city, which should enable the use of this space as an events center accompanied by shopping, dining, craft and general tourist services. All this will provide the necessary year-round functional continuity to the new urban services center and also ensure the sustainability of its business model.

Sustainable Architecture:
For the southernmost continental city in the world, the TIP will be a new landmark and a gateway for Sub-Antarctic Patagonian tourism. This context poses a challenge for architecture, which must create a contemporary model for a sustainable habitat by adapting itself to the harsh weather conditions and extreme geography, while at the same time inheriting a unique history. Thus, contestants should propose a new form of sustainable habitat that is coherent with the surrounding environmental conditions. To this end, it is expected that the TIP qualify for international environmental certification. 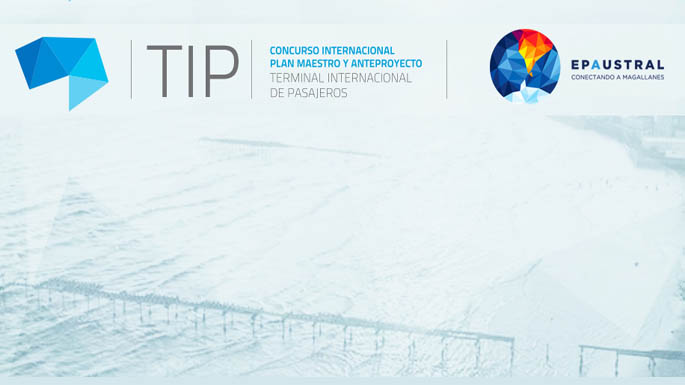