This is a competition to design an entrance gate for Järfälla’s Public Park. The competition is aimed at young designers from the fields of architecture, design and social media.

Public Parks in Sweden were often called Folkets Park (The People’s Park) and, much in the tradition of the Nordic cultural enterprises, comprises numerous public amenities. The public park has for decades been one of the central social structures in Sweden. It was the place where your parents probably met, where they went out to dance or just spend their free time. In the 80´s these kinds of parks were largely replaced by socializing while shopping, and today this type of community building takes place on the internet. One could argue that today’s shopping districts and social media have replaced the basic functions of the Folkets Park, but does that mean that we can no longer envision public space away from computers and consumption? Is there a way to revive and update the social benefits of the public park into a model for our current screen epoch? And how would we enter such a place?

The structures that marked the entrance to these parks stood as their main signifiers, used as a way to communicate this social gathering space. Thus, today, they become one of the first crucial steps on defining the public park in the time of the fourth industrial revolution, globalization and constant connectivity and social media. While designing the entrances to this imaginary 21st century Folkets Park, designers will be encouraged to think of ways one can revisit a public space, for a public that seems largely glued to their screen. Would the entrance be in fact on their screen, or might it provide functions that manage to capture the imagination of a public saturated by social media?

At least two of the winning proposals will be constructed on the site. The competition entries will be exhibited and judged in a public place in Jarfalla on June 10th 2016.

The requirements are one panel in A2 format MAX 10 MB. This panel should include a brief text (50 words), perspectives and drawings of the project. 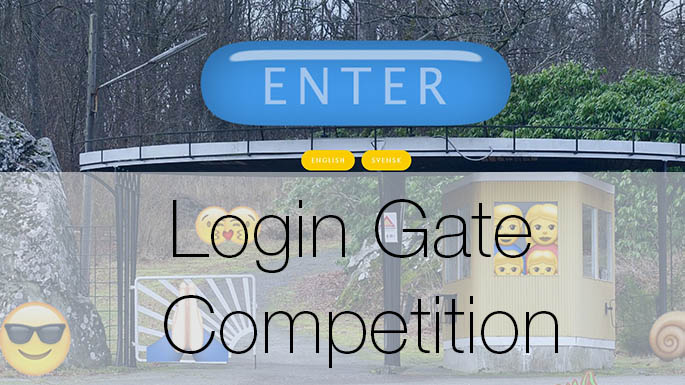