“Peace is a dream, it can become a reality, but to build it we must be capable of dreaming.” (Nelson Mandela) Intercultural hostility and the exploitation of resources on the African continent have triggered a succession of armed conflicts resulting in millions of innocent lives lost and refugees seeking hope in a better life elsewhere. Communities annihilated. Villages and cities torn to the ground. Nations in chaos.

Remembering the victims through the universal value of peace can help to lay the foundation for the creation of an inclusive and cohesive society. Contemplation, memory, and compassion are the values that commemorative architecture must convey in order to build a better world.

The area in question was scarred by the Casamance conflicts which, despite having ended approximately a decade ago, left an indelible stain on the community’s memory. Villages were burned to the ground and many families were forced to flee to other countries or cities in search of safety.

As in the case of the aforementioned conflict, many are the humanitarian disasters that, due to cultural or religious differen-
ces or in an effort to grab Africa’s resources, have caused millions of deaths and created innumerable refugees. Many of these conflicts, despite their devastation, are ignored by the international community and occasionally, due to the lack of communication on the African continent, remain unknown even among African communities themselves.

Past events, albeit tragic, must inspire us to build a world based on peace, equality, and solidarity. Commemorating the victims of African wars through the value of peace is a fundamental step in building an inclusive and cohesive society, so that such events may never be repeated in the future.

The focus of this competition is to create a pavilion for the promotion of universal peace which inspires contemplation, reflection, and prayer for those who unjustly lost their lives. The architecture of the pavilion must create a multifunctional space in which it will be possible to mount permanent and temporary exhibits by artists who share the values of peace and historical memory, but also a place where individuals can retrace and learn about Africa’s history through photographs and documents. Knowledge and sharing are essential elements for transforming the pavilion into a beacon of awareness.

Furthermore, an area will be created in which to contemplate what happened, by praying for the victims or reflecting on the past, immersed in a metaphysical space that gives proper significance to memory. The pavilion will be open to the public and accessible to everyone. It will respect all cultures, genders, and religions.

The objective of this contest is to create a symbolic structure commemorating the victims of the African wars, one that can spread awareness among local and international communities, creating a
commemorative and educational space, with respect for the environment and for local traditions. The architecture must be capable of promoting the culture of peace.

The winning project will be donated to the Balouo Salo Non-Profit Organisation, which will share it with consultants from the sector, with the communities, and with Sedhiou’s institutions in an effort to evaluate the feasibility of its realisation through a workshop, a cooperative project in collaboration with organisations, institutions, and NPOs, or even by ministerial decision.

The Organisation can choose whether or not adopt the entire project or just part of it, reserving the right to involve the winners during its construction and to make changes that respond to certain prerequisites of financial and technological feasibility, as well as of integration within the surrounding context according to socio-anthropological parameters. The organisation also reserves the option to transfer the project to another site in order to facilita-
te the building process.

In the event that the winning project does not fulfil the above prerequisites, the organisation reserves the right to adopt another winning project, properly communicating and justifying their deci-
sion to the respective teams and to the jury. The competition is organised in order to contribute financially to the humanitarian activities of the Balouo Salo organisation. All proceeds from the competition will be donated to said organisation. 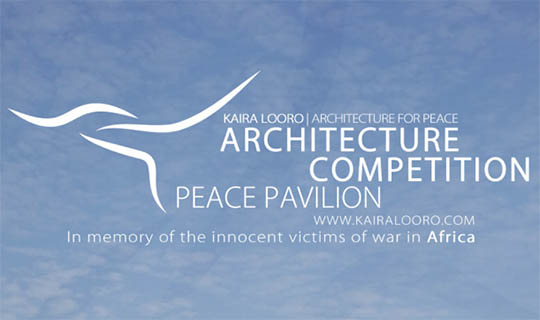