Borders hold deep meaning, but they are just lines. Throughout history, the definition of territory has remained a fundamental determinant of power. Borders carry immense historical, political, and cultural implications; at the center of conflict, there is delineation; there is drawing lines. Borders are representations in plan view-lines on a map which are not necessarily tied to any physical thing. At most, they materialize in the common form of a wall which seldom traces the entire length of the border it delineates. One notable exception is the Korean Demilitarized Zone (DMZ).

If the traditional border is a line, then the DMZ is a surface. At four (4) kilometers-wide, it is a border territory: a border with its own border; a boundary space; a materialized, geopolitical line separating North and South Korea. It is one of the most heavily militarized and fortified borders in the world, and is representative to the nature of one of the most high-tensioned, ongoing, conflicts in recent history.

New questions of border continue to arise in contemporary geopolitics as nations grapple with the security of their borders and current global conflicts. So what can one of the longest-running border conflicts reveal about the nature and potential of borders in general?

arch out loud challenges designers to explore the possibility of creating an underground bath house within the Korean Demilitarized Zone which responds to the surrounding geopolitical conditions. New forms of non-military architecture could occupy this border zone and begin to ease the existing tension. The role tourism can play in opening relations across a border begs the question: How does architecture position itself in the middle of this condition of tension?

The competition will explore the following themes:

1. Architecture’s response to a border’s conditions.

2. The relationship between military confiict and leisure.

3. The significance of the bath house and its implications for social interaction.

4. The ways in which architecture physically occupies land.

5. The role architectural form and space play in politics of the DMZ.

Project submissions are not required to meet each of the above objectives, however, doing so may give the entry an advantage over others which do not include all the objectives.

arch out loud looks to provide designers with a starting point but allows for a variation of innovative approaches. There is no required scale to the program. Designers have the freedom to make the programmatic elements any scale they choose, however, they should be conscious of how baths are typically used and treat it as part of the challenge. Projects can only have a maximum of 10% of the overall volume of their scheme above ground.

Can be an open, collective room with mats or individual capsules.

What is context underground? Architecture contributes, agrees, conforms, reacts, responds, contrasts, confiicts, and even opposes context; but what does Architecture do with context when it goes underground? In terms of geopolitics, territories are understood as representations in plan-lines on a map denoting what land belongs to who. The meaning of these lines and the territories they define is quickly defiated in section-the drawing privileged in describing architecture underground.

Below imposes the position of anti-object on design. With little to no visible exterior, architecture loses the assumed relationship with its situation. Space is void rather than volume, image is interior and material shares a novel and integral role with context. So what happens to the object, the icon, when it has no exterior?

THE FACADE OF LEISURE

“The mutual attraction between the DPRK and tourism exposes political dispnsition in both worlds. Fiction, the cheerful friend of politics and tourism, generates symbolic capital … precisely because there is a tacit agreement that it means nothing … this meaninglessness is the meaning as well as the opportunity for political leverage.” Keller Easterling

The bathhouse maintains a historical identity as a place for social interaction. From the Roman bath to the Finnish sauna, every culture has its own unique rituals and architecture for bathing. Its functions of cleansing and liberating the body naturally relate the bathhouse typology (known in Korea as the jimjilbang) to one of the only means for non-military entry into the lone: commercial tourism. Thousands of visitors already enter the DMZ each day, so this existing precedent of tourism makes the bathhouse an ideal proposition for building in the DMZ-one that is tied directly to the culture and geopolitics of Korea.

All proposals will be considered in order to determine 50 submissions that wiII advance to the final round. Projects will advance based on the outlined competition objectives and evaluation criteria. The jury will review each of the finalist projects in the second round and will decide the winners. The jury’s decision is final and sovereign in determining the overall winner, five runner-ups and 10 honorable mentions. The jury has the right to add additional honorable mentions as they feel necessary.

Directors’ choice award will be determined by the arch out loud competition organizers. The award will be given following the announcement of winners.

The jury will evaluate projects based on the response to the brief’s objectives, program innovations, contextual relationships, and overall appearance of architecture and graphics.

Projects will be examined for their experimentation with the program of the bath house. It is important for projects to have a thorough understanding of the many forces surrounding the site and their proposal’s relationship to them.

Following registration each team will receive an email with an order number. Make sure to keep track of this number as this is your team’s personal identification and the only means of identifying teams. The number will be necessary for the project submissions. Once the registration process is complete there are no refunds of fees.

Each team is required to submit one (1) ARCH Dsize board (24in x 36in or 61Omm x 914mm) oriented landscape or portrait. Tearns must place their given confirmation number in the upper left corner of their board in Arial18 pt font.

The content of the board is left open to each team to decide what best communicates its concepts and solutions to the jury. Designers will also be asked to include a 100-word max explanation of the project, for publishing purposes, in a text field on the submission page.

Possible board content may include – but is not limited to – plans, sections, elevations, rendered perspectives, diagrams and images of physical models. 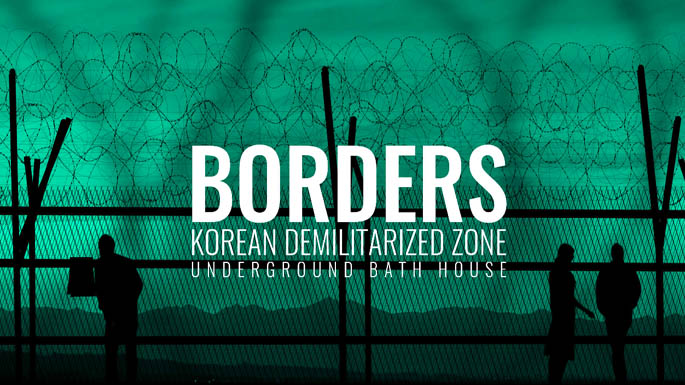