The Office of the Hungarian Parliament is launching a creative design competition for the installation of a new façade, cover, and architectural solutions for the office block facing the House of Parliament. The building is located in the heart of the Hungarian capital, on a magnificent square of great national importance. Apply to win the maximum award – all creative design proposals are welcome!

The “Fővárosi Közmunkák Tanácsa” (Budapest Committee for Public Works), abbreviated to FKT, has accepted the theoretical concept for the zoning of Kossuth Square. The concept of the time defined a specific façade designed by Professor Dezső Hütl of the Technical University of Budapest, to be used as a compulsory solution on the frontage of all three lots of the south side of the square, regardless of the subsequent function or floor-plan designation of a particular building to be built on any of the lots.

According to the zoning definitions, the clear intention of the FKT was to achieve that:

There is no remaining information on the original concept of the westward, Danube-facing façade of the Kossuth Square 6-8. building.

During the design of the currently standing building, the “Hütl” zoning concept was clearly not adhered to (the concept was no longer a valid regulation at the time of this design work). The building that was finally constructed did not follow the “Hütl” concept, even though the designer, at least in details, tried to consider the architectural assemblage and façades of the adjacent buildings and Parliament. This is true both in terms of the façade, the number of levels, and of the roof covering of the resulting building.

This invitation, via the necessary modification or (even full) replacement of the façade and roof covering of the building, intends to assure a general visual renewal of the existing construction in a manner that:

According to this documentation, the task of the competitors is to define concepts and realization options (design proposals) for the existing building with respect to its façade, roof covering, and architectural assemblage that can be used to further define investor expectations in terms of the visual appearance of the final, renewed building.

THE FEE OF PARTAKING IN THE DESIGN COMPETITON: 50.000 HUF

THE AWARDS OF THE DESIGN COMPETITION

THE DEADLINE OF THE DESIGN COMPETITION: 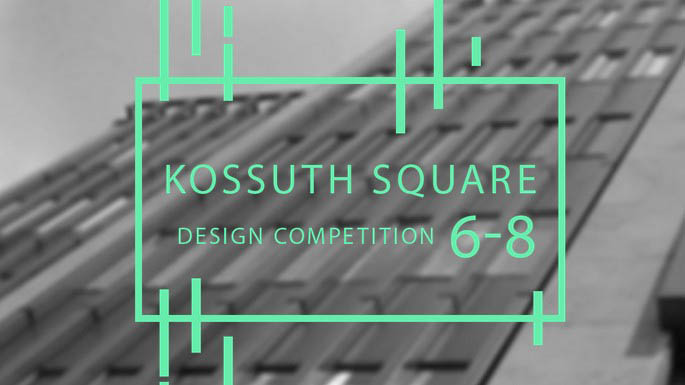