Łasztownia – the New Heart of the City

Szczecin – a city in north-western Poland, inhabited by over 400,000 people, is searching for an original idea to develop an area of 200 ha located in the very heart of the City. To this end, its authorities have just announced the international urban and architectural competition “Lasztownia – the New Heart of the City”. The record-breaking prizes, totalling EUR 97,900, clearly shows how serious the Mayor of Szczecin is about the Competition results.

Applications for admission to the Competition, the idea of which is to create a spatial development concept for the Międzyodrze area in Szczecin, including Lasztownia, may be submitted up to 27 March 2017.

“The heart of Szczecin has always beaten on the Oder River. For some time this heartbeat has seemed stronger, partly due to the seaport development, embankments, cultural events, Stara Rzeźnia (The Old Slaughterhouse), Lastadia, and the promised shipyard reconstruction”, said Piotr Krzystek, Mayor of Szczecin. “We are about to launch a project that will make Szczecin’s heartbeat stronger and steadier”.

The aim of the Competition is to select the best spatial development concept for an area crucial to Szczecin’s growth.

“The future of Szczecin is closely connected with Międzyodrze. The area for which development concepts are to be presented as part of the Competition covers (from the north) Grodzka Island, Lasztownia, together with the so-called Free-Duty Port, the Parnicka Clump and Green Island. The area in question spans over 200 ha”, said Jarosław Bondar, the City’s architect. The activities aimed at accomplishing the said objective were initiated by the City authorities, among other ways, by launching the transition process of the City’s road network, making a decision on the location and design of the Kłodny Bridge, and taking measures to take over from the State Treasury the Stara Rzeźnia area.

PRIZES
The following financial prizes will be awarded in the competition: 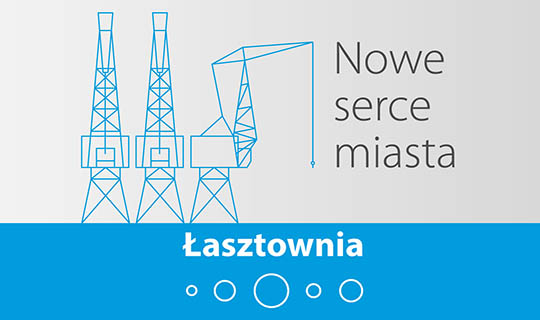