Archasm is launching new competition titled ‘LIBERTY MUSEUM NEW YORK:  Freedom to the people’. The aim of this competition is to design a  thematic museum on the famous Liberty Island in the New York Harbor. The registrations and briefs for the same open on 1st September, 2016.   The competition duration is for three months and the submission  deadline is scheduled on 30th November, 2016. We will announce the  results on 24th December, 2016.

Archasm invites architects, students, engineers, designers, artists and philosophers to send in their entries for our competition

Civil and social justice are the two most important fundamentals of human rights. The issues unequal civil rights and social injustice are not confined to a particular region and country but are a global phenomenon. These issues are a result of unequal resource distribution and unfair treatment of individuals with different traits i.e. race, culture, sexual orientation etc. Civil unrest broods violence and forces retaliation against the segregation and unfair laws and rules. The issues of civil and social injustice are more complex as they involve a wide category of issues such as a racial profiling, LGBT rights, equal opportunities (jobs and healthcare), ageism, criminal justice, freedom of speech, social security, immigration, internet privacy, bullying etc.

The importance of civil rights still remains a non-issue at the global level. The champions of civil rights and social justice are often portrayed as enemies of the state, to hide the government inefficiencies.

Liberty Enlightening the World (Statue of Liberty), is a colossal statue given to the United States by France in 1886, standing at Liberty Island, New York in the mouth of the Hudson River in New York Harbour. The statue is the  symbol of civic freedom to the people of the world, since the civil war in USA. The broken shackles on the feet of the statue asks people to be free from oppression and resistance. Designed by Frederic Bartholdi, the statue was a modern day rendition of Roman goddess Libertas, who represented freedom from tyranny and oppression.

As the Statue of Liberty nears its 130th anniversary, the competition seeks to create a LIBERTY MUSEUM on the site of the legendary Statue of Liberty National Monument, located on Liberty Island in New York Harbour.

Group discounts apply for a minimum of 5 teams from one particular architecture school/university as our initiative to promote more participation from students. Send us the following details at queries@archasm.in to avail the offer.

This is an open international competition hosted by archasm to generate progressive   design ideas. There are no plans for the Liberty Museum to be built. The competition is organized for education purpose only. 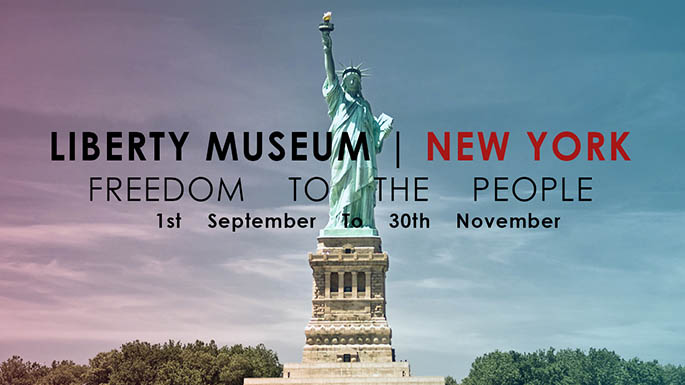