Bee Breeders architecture competition organisers are running the London Internet Museum architecture competition; it is a chance for architecture enthusiasts to use creative designs to connect current generations with both the past and the future. Participants are tasked with submitting ideas for an internet museum which shows both the history of the internet, as well as acting as a platform to discuss and workshop its future.

The internet has made connecting with others around the world infinitely easier, and it was this concept of connection that drew us to select the now-closed North Woolwich Old Station Museum in east London as the proposed competition site. What was once a hub for the city’s North London line, the Old Station Museum has been abandoned and fallen into disrepair.

The internet is a medium for connected collaboration and instant interaction between individuals regardless of their geographic location. By making the world smaller, the internet allows ideas to become bigger, with fewer restraints to hold them back.

While the earliest concepts of the internet began in the United States, it was the work of UK scientists and engineers that made it possible to expand the technology beyond simple messaging. The connection between US research, and the work of UK researchers Donald Davies and Tim Berners Lee, was the foundation of the modern-day internet and sparked the creation of the world wide web.

Bee Breeders architecture competition organisers are therefore asking architects and designers to submit ideas for the London Internet Museum – a location that would connect visitors to both the history of the internet and open them to the possibilities of its future. The chosen site in London is the now-closed North Woolwich Old Station Museum, which was housed in the original Great Eastern Railway terminal station building.

Competition is open for all. No professional qualification is required. Design proposals can be developed individually or by teams (4 team members maximum).

3 winning proposals and 6 honourable mentions will be selected. Bee Breeders architecture competition organisers will award a total of US $5,000 in prize money to competition winners as follows:

The winners will get international art and design media coverage and will be featured on the Bee Breeders website. Bee Breeders architecture competition organisers will also acknowledge the outstanding performance of all winners and honourable mentions with Certificates of Achievement. 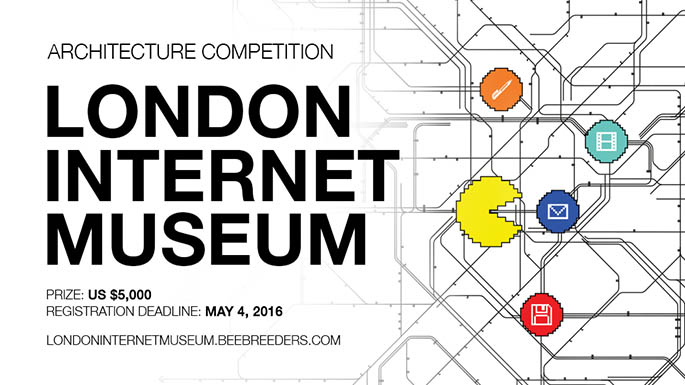