LORD STANLEY MEMORIAL MONUMENT INC. (LSMMI) invites Canadian design teams to submit their credentials, examples of prior experience and conceptual approach for the first phase of a two-phase public art competition for the “Lord Stanley’s Gift” monument in Canada’s capital.

Lord Stanley’s Gift will be an iconic public landmark on Ottawa’s Sparks Street Mall facing Confederation Square in the centre of Canada’s capital.

It will celebrate an intriguing moment in Canadian history and the remarkable impact of Lord Stanley’s modest gift on the sport of hockey. It will reflect on the intimate links between hockey, Canada’s culture and national identity.

Lord Stanley’s Gift will be an inspiring, legible and accessible piece of public art. It will be a focal point for gatherings. It will honour the pursuit of excellence. It will educate.

Now imagine pointing to that monument and saying, “That’s ours. We did that.”

The competition is open to professional artists and designers who are Canadian citizens and permanent residents. Your design team leader must be an accomplished artist or designer partnered with a professional architect or landscape architect, engineer, fabricators and constructors able to complete the installation. Your team may include professionals from other countries in supporting roles.

Phase One of the competition simply requires that design teams submit evidence of talent and qualifications, and a design approach. A jury will select a shortlist of up to eight finalist teams. The finalists will be invited to submit design proposals in Phase Two of the competition.

In Phase Two, each of the finalist teams will prepare a design proposal, maquette, drawings, budget and schedule. At the commencement of Phase Two, the finalists will receive a detailed Request for Proposals, which will include a set of Design Guidelines. The finalists will be asked to attend an initial site visit and briefing session in Ottawa by LSMMI, with input from the City of Ottawa, National Capital Commission and Sparks Street Mall Authority.

The Jury will also seek comments from the City of Ottawa, NCC, Sparks Street Mall Authority and the public before it makes its recommendation to LSMMI. The Board of Directors of LSMMI, giving regard to the Jury’s recommendation, will award a contract to the winning design team to realize the Lord Stanley’s Gift monument.

There is no payment for submitting in Phase One. At the completion of Phase Two, an honorarium of $7,500 will be granted to each of the finalists for their design submission.

Each finalist team will also be reimbursed for two separate trips to Ottawa, up to a total maximum of $3,000 plus HST to cover travel expenses (including meals and accommodations). Receipts and a summary of expenses will be required.

The design and construction budget for the monument is $1,300,000 CDN plus HST. The design-build budget includes all design fees, inspection fees, mock-ups, materials, labour, fabrication, transportation costs, equipment rentals, installation, construction, insurance, and disbursements for travel and accommodation. The contract between LSMMI and the winning design team will reflect this budget. 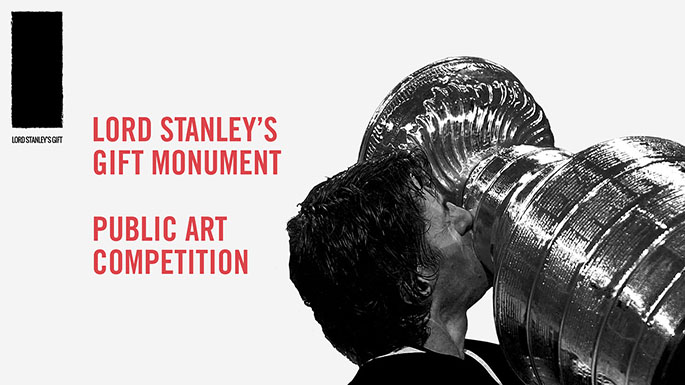