Mies’s drawings, letters and articles are all well preserved. All these pieces are safe and sound. However, there’s a difference between preservation and celebration, and we believe Mies’s work deserve to be celebrated. For the sake of this challenge, we are going to consider that the IIT is planning to make a move to bring many of those pieces back to its campus to establish the new “Mies Memorial Library”. A building not only meant to preserve, but also to celebrate the life, works and contributions of one of the founding fathers of modern architecture. A building that will look into the future without forgetting the past. A building capable of encouraging young architects to be ambitious and remind the established ones to never settle. A building which this brief, if you choose to do so, invites you to envision and design. 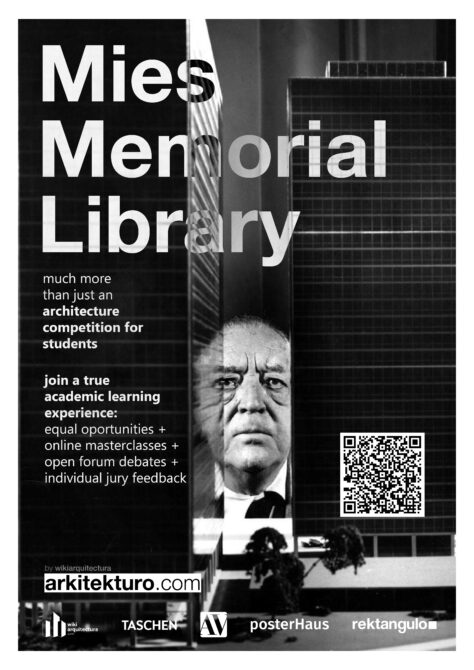 Mies made sure himself by donating over eighteen thousand pieces of his work to the Museun of Modern Art (MoMA). Other collections of his works also live at the Art Institute of Chicago, the Library of Congress in Washington D.C, at the Canadian Centre for Architecture in Montreal or inside de Crown Hall itself at the IIT.

The Mies Memorial Library will stand withing Mies’s own masterplan at the IIT campus in south-Chicago. The new building will need to consider the other buildings already on campus, some of which are catalogued and international landmarks, and establish a dialog with its surroundings, in order to be able to stand up for itself while also elevating the status of the campus as a whole.

Mies devoted his life to architecture and education, and with the creation of the Mies Memorial Library, his lessons will continue to live on and inspire the architects who will lead the evolution of architecture for centuries to come.

Mies van der Rohe’s professional career was one of continuous exploration, endless ambition, and a tireless search for what modern architecture should be and stand for.

Becoming the director of the Bauhaus would have been the pick of a career for many architects, however, for Mies it was only the beginning. By the time the Nazis forced the Bauhaus to close, he had already designed such iconic buildings as the Barcelona Pavilion or the Tugendhat House, yet some of his best works were still to come.

Mies left Germany and emigrated to the US in 1937, looking for a more favorable environment to pursue his vision, and oh my did he achieve it!

But how could a single person’s ideas have such a deep impact on a discipline as bast as architecture? Way before moving to the US Mies understood his buildings and the ones from a handful of contemporary colleagues who shared his ideals would not be enough to stand up against centuries of tradition. Education was the only way to make his ideas endure. Only by planting that seed in future generations would modern architecture stand a chance of succeeding.

Mies believed his ideas could be translated into an architectural language that could objectively be taught and learned, and that this language could be applied, and give an appropriate solution, to any type of building. And just like the Rosetta Stone will always remain an invaluable key to understanding the evolution of language, Mies’s visual dictionary for a modern architectural language deserves to be studied, cared for and cherished. 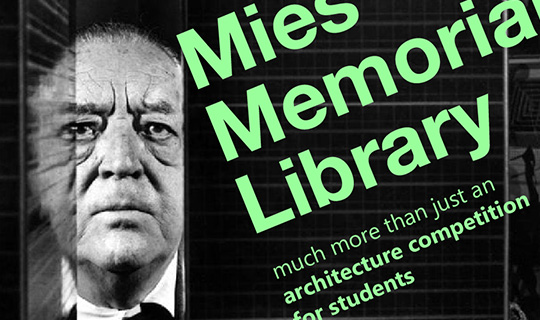