Eleven is excited to announce its first international ideas and design competition on space architecture. We invite thinkers, architects, designers, academics and visionaries from around the world to imagine innovative solutions for Moontopia – the first ever self-sufficient lunar colony designed for living, working, researching and – why not – a little space tourism too.  How will man-kind exist on the moon? You decide.

In 1969, the Space Race peaked with the successful Apollo 11 mission, which allowed the first man to walk on the moon.

Between 1969 and 1972, there have been six successful manned missions to the Moon, all from the USA. In total, 12 people (all male) have walked on the lunar surface.

Nobody has ever walked on the surface of the Moon since 1972.

Today, nearly half a century later, new technological advances and a renewed desire on space exploration have ignited a new race. Attention is moving back to the Moon. This time, however, we are tired of just walking… what we want is to inhabit! Space Architecture is becoming a growing field with the desired outcome to: kick-start space tourism, expand our scientific knowledge, and ultimately make man-kind a multi-planetary / galactic species.

We ask you to design innovative solutions for MOONTOPIA – the first ever self-sufficient Lunar base/colony designed for: living, working, researching and – why not – a little space tourism too. What this means is ultimately up to you.

Here are some questions designed to get you thinking…

How big is your base? Are you proposing a lunar city for 50,000 people or a moon building(s) for a dozen astronauts? Is the design modular? Can it grow in time through a phased construction plan? Do you imagine a colony where people can live permanently as Moon citizens or are you imagining astronauts/space tourists living on the base in shift patterns similar to what currently happens on the International Space Station?

Is your base designed to have an artificial atmosphere? What about sustenance? How are you planning to make the base self-sufficient (i.e. energy and food)?

Is the base intended for lunar exploration and colonization, or is it a stepping stone for outer space exploration (i.e. Mars)?

Winner: £2000 GBP + induced in Eleven’s Hall of Fame + invited to join the jury for Eleven’s next competitions.

All our awarded teams will be published in Eleven Magazine and Eleven’s media partners, and will receive one free pass voucher to join future competitions by Eleven.

20 July, 2016: Competition announced in parallel to anniversary of the 1969 Apollo 11 Moon Landing, which brought the rest men on the moon. 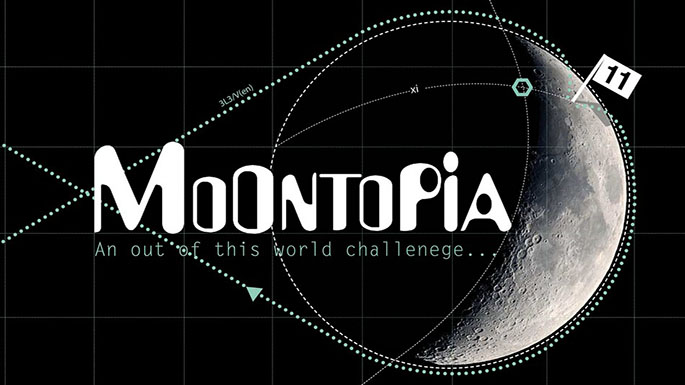