The urban space consisting of the Pța Victoriei – Pța Trandafirilor – Pța Petőfi Sándor – Pța Bernády Győrgy – Bdul Cetății areas represents one of the most intensely circulated aisles at the level of the city, both from a traffic perspective and from the point of view of alternative circulations, as it is located at the intersection of the historical roads which have generated the topography of the actual city.

The space which we propose for study has a deeply historical, cultural and architectural-urbanistic implication, as it is part of the old nucleus of the locality. This historical substratum represents the architectural basis for the performance of a large array of activities of different natures: administrative, financial-banking, relaxation and recreation, commercial, educational, living purposes, cultural, touristic, social etc.

A contest of solutions and a fathomed study for the above-mentioned space is therefore justified by the need of a unitary action from the point of view of urbanistic-landscape furnishing (urban materials and furniture used in public spaces, green spaces, public lighting etc.), from that of solving circulations in accordance with the new recommendations of the European Union (priority given to alternative circulation and to public transportation), as well as from the point of view of the wish to highlight monuments and architectural-urbanistic assemblies (currently affected by high vegetation, border parking, the insufficiency of atmospheric/architectural lighting etc.).

The purpose of the contest is to obtain solutions/ ideas for the improvement of the studied area in the context of the actual community needs by: solving the conflicts generated by the multifunctional nature of the studied area, improving monuments and architectural-urbanistic assemblies in the area, increasing the attractiveness of the area for tourism purposes, landscape amelioration, increasing the quality of the spaces destined to social meetings in the area, reorganization of the circulation for the purpose of reducing motorized traffic, pollution in the area and increasing alternative circulation and the use of public means of transportation, increasing the standard of life for the people living in the said area, creating facilities of movement for persons with disabilities – which should ground the documentations of urbanism or technical projects, of which we hereby mention The Local Urbanistic Plan for the Protected Constructed Area, Project “Remodelare zonă centrală a municipiului Tîrgu Mureș – Re-modelling of the Central Area of the Municipality of Tîrgu Mureș”.

The contestants will make proposals regarding the following important aspects for the beneficiary:

The contest encourages creativity, the technical quality of solutions, as well as their implementation and sustainability as being main criteria for evaluating the projects.

Type of contest: solutions contest opened at a national and international level, with prizes awarding

Can be either individual persons or teams.

Criteria of evaluating the projects:

The jury has the liberty of taking into consideration other criteria of selection outside those already mentioned and can also dismiss one or several of the above-mentioned criteria if he considers that the proposals have other relevant qualities for the given theme than those above-mentioned.

The jury: specialists from within professional organizations in the field of architecture, urbanism, visual arts and urban mobility, representatives of local and central authority.

Closing the agreement for the feasibility study and the execution project:

The number and value of prizes:

Besides the said awards, a maximum of 3 mentions can be awarded for partial solutions with a special quality in the fields considered to have a priority, amounting to 1.000 euro per each mention. The partial solutions can be, for example, the design of an elements considered to have symbolic potential, a feasible solution of re-organizing the circulation, of integrating auto and pedestrian access to the underground passage in P-ța Trandafirilor, the mineral and spatial re-modelling of public spaces – aisles destined to alternative (including that of persons with disabilities) and motorised circulation, of public transportation (including stations of public transportation), of public squares and green spaces etc.

The jury reserves the right of not awarding some prizes to the extent to which this is considered to be justified, according to the value (quality) of the presented works. 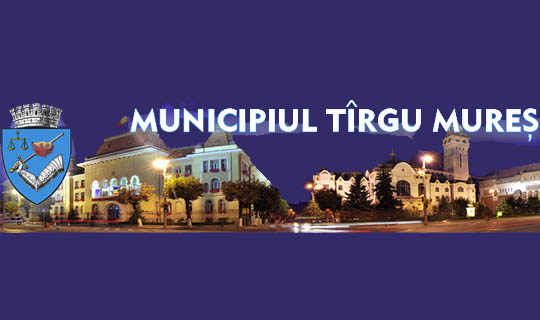