What should the State House of the 22nd century look like? What spaces should it contain, to serve what kinds of activities? These campuses were built to house the offices of elected state officials and the legislative chambers of state government, which they still do. Although they were not designed for this purpose, State Capitol campuses now serve as the site of rallies, protests and other actions that are designed to peacefully communicate public opinion.

Over the last twenty years in particular, these buildings have also been the site of violent and sometimes tragic actions carried out by armed members of the public, which has led to heightened security in State Capitols and on their grounds. As civic culture changes, State Capitols change.

A jury will select up to seven individuals/teams to receive an honorarium of $1,500 to expand their concepts into more fully developed proposals, due May 10, 2022. In the third phase, the final proposals will be exhibited in the Lower Level Gallery of the Rhode Island State House from June – October 2022. 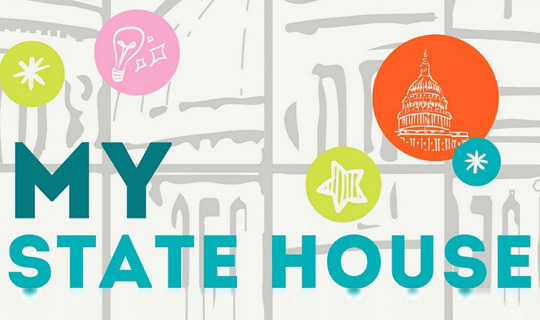