International architectural competition for conceptual design of the territory “The Golden Triangle” in the mountain resort Borovets, Samokov Municipality, Bulgaria. On the occasion of the commemoration of 120 years since the foundation of Borovets, the oldest mountain resort in Bulgaria, the Municipality of Samokov and its partners – the Chamber of Architects in Bulgaria, the Union of Architects in Bulgaria and the Union of Urbanists in Bulgaria -announce an international architectural competition for new central part of the resort.

THE GOLDEN TRIANGLE
Subject of the competition is the selection and realisation of a conceptual project for the Golden Triangle territory in Borovets mountain resort, Samokov Municipality, Bulgaria. The area is located in the most lively and attractive part of the resort, next to the finish line of the ski runs and the initial stations of the cabin and chairlift as well as to some of the largest and most important hotel complexes. The location of the area determines the importance of this space for the operation of the resort and for the overall architectural and aesthetic formation. Specific scope themes are those of the border territories, the natural environment and habitats, as well as the immovable cultural heritage on the territory of the competition.

SCHEDULE
The schedule of the competition is as follows:
10 JANUARY 2018, 17:30 (GMT +2) – project submissions deadline. No pre-registration required.
JANUARY – FEBRUARY 2018 – judging and ranking, awarded participants and awarded projects and winner
FEBRUARY – APRIL 2018 – negotiating with the winner, choosing subcontractors for the other mandatory parts of the investment project, starting the preparation of the procedure under the Public Procurement Act for the realization of the competition project and drafting a detailed project.

AWARDS AND ASSIGNMENT
The competition intends to award a total of five prizes to the projects ranked by the jury as follows:
I place – BGN 20,000 (about 10,225 euro) and the right to negotiate directly the working development phase of the investment project without an additional procedure
II place – BGN 12,000 (about 6135 euro)
III place – BGN 8,000 (about 4090 euro)
Two cash prizes of BGN 5,000 (about 2556 euro) for projects awarded by the jury.

Detailed information on the members of the jury, as well as the full documentation of the competition, is available at www.borovetscompetition.com. The full tender documentation for the contest is also available in the profile of the buyer of Samokov Мunicipality at www.samokov.bg. 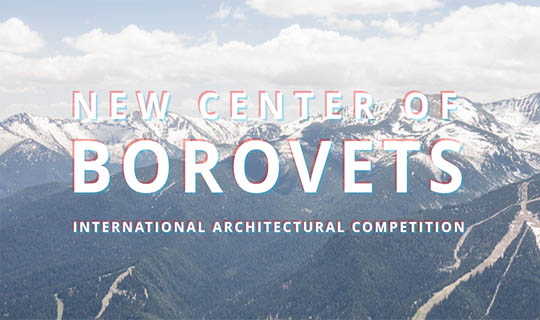