NEW URBAN CENTRE for the city of Veliko Tarnovo, Bulgaria

Veliko Tarnovo – a town with history and traditions, in a territory of which there are more than 670 sites of cultural and historical heritage in Bulgaria, is boldly looking  towards the future, seeking and desiring its development and renewal as a center of academic community and youth spirit.

That is why Veliko Tarnovo Municipality invites you to participate in an International Architectural Contest for a New City Centre and a project for an Exposition Center building from which to begin development of the territory known as the Old military school.

Let us together start development of this territory and turn it into a New heart for the old city.

Master Plan for a territory of 189 000 square metres for building a new city centre with mixed use territory, and architectural project concept design of exposition centre. 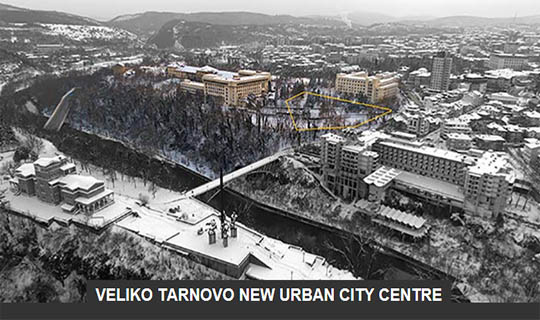