Driven by recent infrastructural, social, and environmental conditions; this competition looks to take a desirable urban site and harvest its current and future potential. arch out loud proposes the implementation of a public aquarium and park to provide communal space for the surrounding city, a program that provides valuable waterfront space to residents and tourists. arch out loud challenges designers to experiment with conventional interpretations of this program and investigate how it can create a more appropriated relationship to its context.

WHY AN AQUARIUM?
New York City is a complex edifice that is constantly evolving and regenerating from its former conditions. Following post-depression paces, the city has seen rapid redevelopment that has capitalized on previously overlooked locations. Sitting at the top of these locations are the sites that have access to waterfront. Most of the ventures in these areas are private, economic interests, only addressing public value when there is a direct return on profit. If not taken into consideration, many of these waterfronts will be absorbed by the private realm and, with the constant return of people to the urban core, there lies a need to create public and cultural infrastructure.

But what kind of public space does New York City not have easily accessibility already? The city is filled with numerous icons, parks, theaters, and museums. An aquarium – a cultural and public commodity – is a distant typology to the Manhattan area that has been absent since the 1950s, when Manhattan was home to the first public aquarium in the nation. Introducing such a program here could create a destination that is easily accessible from NYC’s many boroughs. And, although NYC itself has a very distinct identity through monumental icons, a public aquarium can help build identity for specific boroughs, bring public space back to the waterfront and return a valuable destination to the core of NewYork City. 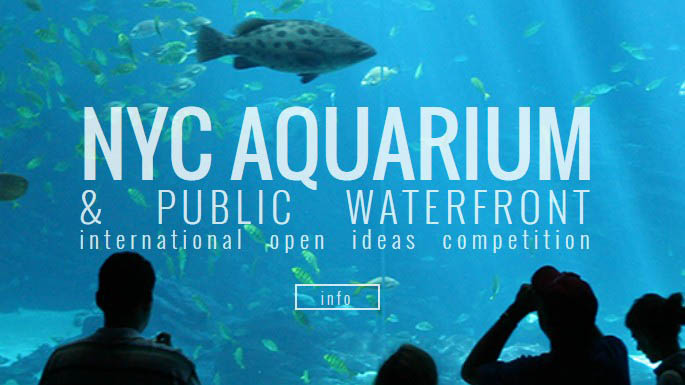