The European Capital of Culture – PAFOS2017 announces the architectural/artistic project entitled “SECOND NATURE”, for the creation of light, small scale structures that will be placed in the Municipal Garden, in the centre of Pafos. The open call is open to professional architects, artists, designers and students of architecture schools of member states of the International Union of Architects (UIA).

This call is characterized, firstly, by a general interest in urban planning, involving issues of open towns, green spaces and generally issues that relate to the following pairs: town-nature, nature-humans. It is, in other words, related to the ascertainment that today the historical and traditional town centres exhibit a generally degraded image.

A typical example of such an area is the Competition’s study area, the Municipal Garden, located in the central core of the town of Pafos. With the obvious lack of maintenance, the Garden is now an abandoned area and, as such, a not so attractive green space in the urban fabric of the town, with little interest and few proposals for uses and activities by the visitors.

Today, due to this image of abandonment, the weaknesses of the Municipal Garden and the living environment in general, it is essential to improve and utilise the Garden, as well as to redefine its role in relation to the whole town.

With this as the main aim – the redefinition of the Garden’s relationship with the town and generally the redefinition of human coexistence with nature – we suggest the investigation, study and design of structures entitled “SECOND NATURE”, that can strengthen these relationships/pairs: town-nature, nature-humans, since the present state of the park prohibits this potential interaction and fosters an alienation that is due to the Garden’s definitive separation from the whole town.

The call entitled “SECOND NATURE”, proposes the creation of 7 light, small scale structures that will be placed in the open space of the garden. The main objective of the project is the promotion and upgrading of the garden, as well as its diffusion to the whole town and, most of all, the strengthening of human presence in this area.

The main objective of the theme of this call – “SECOND NATURE” – is to create structures that will act as receptors of nature, i.e. green cores-containers that will be the natural extension of the garden. These structures will act as urban points and forms in the garden areas, which will mainly carry in their construction planting and generally plants such as flowers, herbs and others, thus creating a new peripatetic experience in the garden area and, also, giving the opportunity to the town’s residents to come into contact with nature. At the same time, the structures will act as a background for numerous activities and events in the garden, providing new challenges and experiences to the visitors.

Due to the particularities of the site, the structures will be based on a general intend of mild intervention in the park. The aim is: the materials, the way of construction and the composition to become part of the particularly challenging given environment of the garden, to make little impact on the landscape, in the context of sustainability, and to combine low cost of construction and environmental friendliness.

The structures will be made of light materials such as wood, metal, wire, aluminum etc, and not heavy materials like concrete and stone. Because of the particularities of the site, the total external dimensions of the structures will not exceed 9,0m2 with a maximum height of 3,5m.

The structures, due to their small scale and simplicity in design, as well as their ephemeral nature, must have the ability to be easily and quickly assembled on site without special adaptive ground constructions. Respectively, they should be able to be disassembled and be removed if necessary, without leaving any irreversible traces in the area of the Municipal Garden, apart from the new urban memories.

Overall, 7 monetary prizes will be awarded. Each winning proposal will receive the amount of 2000 euro, which corresponds to 1000 euro as compensation for the period of preparation of the works, as well as the amount of 1000 euro for the construction costs of the
ir proposals in the Municipal Garden. Besides that, each team is free to find further financial support, if needed by, external sponsors for
the implementation of their proposal. 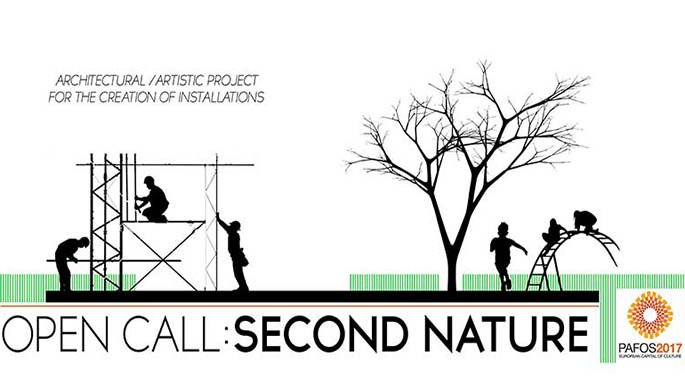