As part of the extended programme of WORK, BODY, LEISURE, the theme of this year Dutch Pavilion at the Venice Biennale, The Institute of Patent Infringement is concerned with the existing legal infrastructure that allows ‘Big Tech’ a strangle-hold on questions surrounding automation, both today and in the future.

As we go through an ‘AI spring’ we’ve seen a gold rush to patent radically new forms of automated environments, driven through advances in deep learning and combined with increases in big data, machine-learning algorithms, computer processing power and cloud technology. In particular, Amazon Technologies Inc. has filed 5,860 patents since 2010; in turn creating a sometimes banal and sometimes absurd, automated world.

The implications of this world are broad. Amazon look set to define future typologies, bypassing the input of traditional professions. To take an example, management modules indicated in Amazon’s patents, can now map space more effectively than a surveyor, produce floor layouts to be more efficient than an architect and oversee retail facilities more productively than a retail manager.

Underlying this is the wider practice of intellectual property protection and patenting rights used as a means to define the direction automation. It is a process that has proved an essential weapon in technology companies’ growth strategies and key to their monopolistic dominance over the last twenty years. Exploiting this legal framework, Amazon’s patent filings over the last seven years can be seen as a concerted effort to own both the digital and physical infrastructure of our unfolding landscapes of automation.

The crux of the open call is to emphasise the radical and emancipatory potential inherent in these new technologies assembled by Amazon. To reveal this potential, submissions may chose to challenge: the hyper individualised and consumption based nature of Amazon’s wider patent filings; the emphasis on efficiency and quantification through data collection inherent in these new technological regimes; labour, social relations and the role of automation within this; the relationship with nature and the environment; unequal global processes of production and distribution; and the affect of these technologies on everyday life. 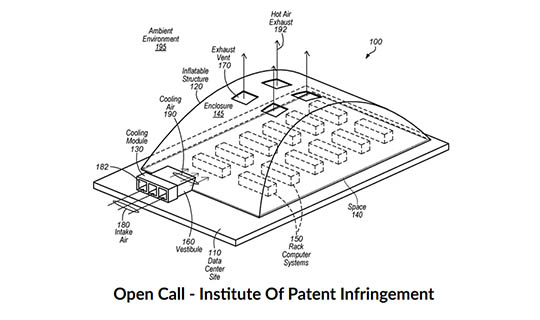