Project Baltia magazine and LSR Group announce an open competition for young architects and designers for a design for a public-transport stop in the Tsvetnoy Gorod residential complex (Krasnogvardeysky district, St Petersburg).

When designing a new district outside the city centre, it is necessary to think not just of original architecture, but also, as Jan Gehl recommends, of the space ‘between buildings’. What does this space involve? Above all, the network of streets and roads consisting of pedestrian, automobile, and other routes of lesser or greater importance. An extremely important element of the transport infrastructure and one to which insufficient attention is currently paid is, of course, stops for buses, trolleybuses, and trams.

In spite of what was thought by the Modernists of the last century, in the 21st century the role of public transport has not declined in favour of private transport. This is why the design of transport stops all over the world is today becoming more diverse and innovative. In effect, what we are talking about is a symbolic reflection of the idea of the socially oriented livable city.

Even the most ordinary public-transport stop is always a more complex structure in terms of function than might seem at first sight: it is a carrier of advertising and information, a shelter from bad weather, and a place in which people interact. The misfortune of such structures in the context of our city is the standard nature of their design.

And yet even in Soviet times public-transport stops were real works of architecture – which today are the subject of photo albums and serious historical studies. The open competition for young architects organized by Project Baltia and LSR Group asks entrants to think about how to make transport stops’ exterior appearance memorable and unique and to think of about possible non-standard approaches to the functional design of these elements in Tsvetnoy Gorod, a new residential district in St Petersburg.

Oksana Androsova, head of the architecture and design team at LSR Group: “Tsvetnoy Gorod is a major new project which we are building in Krasnogvardeysky district. The 380-hectare site will have residential street blocks, several kindergartens and schools, a hospital, medical centres, and other essential elements of commercial and social infrastructure. In such a large residential complex it is simply impossible to do without landscaping. So we have decided to hold an architecture competition so that in the future we shall be able to create, in addition to recreational spaces, unusual transport stops which will bring joy to residents and constitute a special feature of the area.”

Transport stops in Tsvetnoy Gorod will be built in accordance with the winning competition entries and become unique attractions for the new district and for St Petersburg in general. The city has a clear lack of attractions on its periphery.

The competition is open to architects and object and landscape designers from Russia and abroad up to and including the age of 35.
competitions@projectbaltia.com

Type of competition: open anonymous competition for architects and landscape designers from Russia and other countries up to and including the age of 35.

Location: An accompanying letter should be sent to competitions@projectbaltia. com);
indicating the title of the file uploaded to the FTP server and the name, surname, year of birth, place of residence and study (and/or place of work) of its author.
Shortlisted entries will be displayed at the New Stage of the Aleksandrinsky Theatre in St Petersburg on November 22nd-30th 2016. This is where the prize-giving will take place. The winning projects will be published in the Competitions section of Project Baltia. 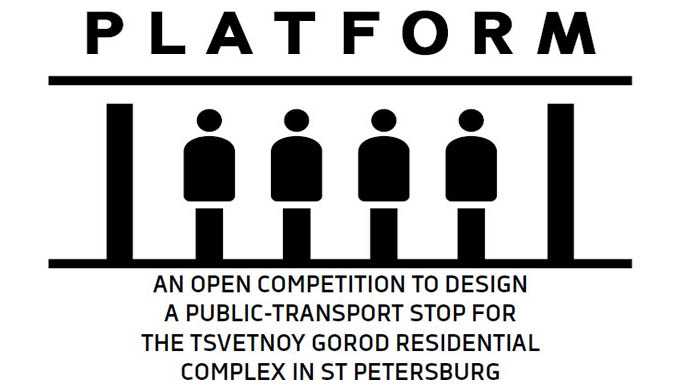