Physicist Stephen Hawking in 2017 reasserted his view that humans must become an interstellar species in the nearfuture or risk “being annihilated”.
“The Earth is under threat from so many areas that it is difficult for me to be positive,” the professor said in a speechgiven via video link to the Starmus science conference in Trondheim, Norway.

Hawking has previously predicted that climate change, epidemics and population growth all pose major threats to oursurvival on Earth. In November of 2016, he said humans would need to find a new planet within the next thousand years.

The challenge here is to design the architecture of a space habitat for 2000 Astronauts / Space travellers / Recreationers which should be expandable to10000 codename: Origyn.

Origyn is the first space settlement commissioned by planet earth collectively in the year 2040 – which will host as a staging area forall our space missions here on. This staging base will be a point of interest for space recreationers at the same time a part of it will also bethe origin of all the space programmes in the coming 3 decades in our endeavor to explore the solar systems and beyond.
The primary functions of this space habitat will be:

The Origyn station will be situated in Low Earth Orbit, not on a planet or moon.One of the major issue with a lot of space missions is associated with the exit and reentryof launch vehicles through earth’s atmosphere. Not only the launches destroy ouratmosphere with a massive amount of fuel burning at the same time it makes the launchexpensive as well. During re-entry, the launch vehicles have to face massive heat – andtension to land back into the surface which has costed us a lot of loss (life and resources)in past. 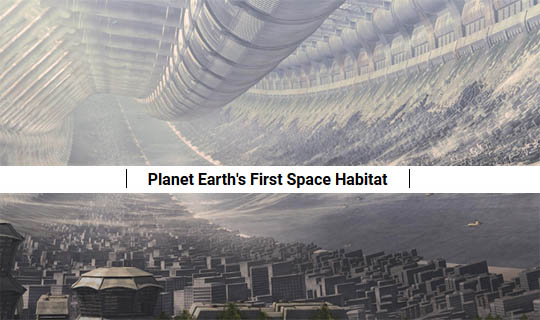