Eleven’s new competition ‘Plastic Worlds’ is now open for registration. We invite creatives and visionaries from all around the world to join in and fight plastic pollution through raw creativity, imagination and talent.

Plastic pollution in our oceans is one of the biggest environmental problems we are facing today on our planet. It is no longer an occurrence reserved to isolated pockets of our earth, but rather a booming global phenomenon. We are now witnessing the exponential growth of a world-wide plastic epidemic, as our planet is becoming covered in man-made waste. Every year, we produce over 300 million tonnes of plastic.

By design, plastic is virtually indestructible and hence very hard to deal with as waste in an ecological way. Between 8 to 12 million tons of plastic pollution end up in our oceans every year, fuelled by gigantic river systems which pump the discarded plastics from our cities to our seas.

This is quickly killing our planet’s marine life – from plankton to whales, corals, birds, seals and turtles – and destroying their delicate ecosystems. But this is just the beginning, as the amount of plastic in the ocean is set to increase tenfold by 2020.

The urgency to act is the driving force behind this competition: a challenge designed to get the creative community engaged with our plastic world and propose innovative solutions from a design-led solution. In this competition, you are asked to think of ways to fight the plastic problem in our waters: from rivers to oceans.

Eleven designed the competition with two keywords in mind, each with a specific objective and site typology linked to it. The first is ‘prevention’, which is linked to rivers and focuses on halting the plastic flow. The second, is the concept of ‘action’, which is linked to the oceans and asks to engage with the cleaning up of the existing pollution. Between these two themes, there are infinite degrees of cross-pollinations, which you are also free to explore in your designs. For those who are interesting in a more comprehensive strategy, there is also the possibility of dealing with the whole plastic pollution route: from source (river) to destination (ocean).

Ultimately, it is up to you individually to define what the scope of the challenge is and what the outcome of this competition will be. Is it a structure, a series of structures, a product, a vehicle, an idea, a new place, a strategy or a combination of things? You decide.

‘Plastic Worlds’ is open to all creatives – both professionals and/or students. Participants can compete individually or in a team of up to four people. Each team is asked to register and submit their proposals online by the 11th of January 2019, in the form of two digital A1 landscape sheets accompanied by an additional 500 words explanatory text. Models and videos are highly encouraged but are not mandatory.

The competition, which officially opens for registration on Tuesday the 11th of September 2018, is scheduled to run until the 11th of January 2019 at 11:00am (UK Time). Awarded entries will be officially announced online on the 11th of March 2019. Winners will be selected by an esteemed jury panel of experts, creatives, architects, designers and academics. The public will also have an opportunity to vote for their favourite designs online. The people’s favourite will go on to win the People’s Choice Award.

Plastic Worlds is Eleven’s twelfth international competition to date. Since their start in mid-2015, the challenges launched by this UK based magazine and creative agency have received great global success. Previous competitions have been exhibited in Europe and the USA, published in multiple international magazines such as the Architecture Review, the AJ, Dezeen, Archdaily and Designboom, and have been featured in Bustler’s ‘Top-10 Best Competitions of the Year Awards’ in 2015, 2016 and twice in 2017. 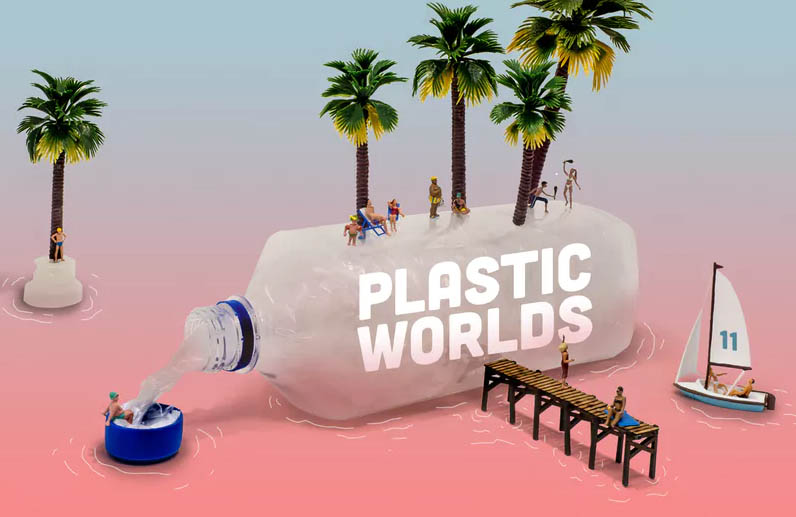